Over-the-phone lie detection is the latest junk science employed by the FBI and police departments across the country. While experts familiar with the work say it should not be used to convict individuals, it is being used to analyze 911 calls to determine whether the calls are honest or false.

Today, the Karen phenomenon and swatting have police on high alert for false calls. But it isn’t swatting and Karens that are being stopped. Often, it’s people who “say the wrong thing,” according to this method of analyzing speech patterns. And that could be anyone, even the victim of domestic violence or sexual assault.

What You Need to Understand

END_OF_DOCUMENT_TOKEN_TO_BE_REPLACED

A Chicago Heights man has been charged with the death of 18-year-old Jacquise Baylock. The 18-year-old was fatally shot near a boys and girls club. 25-year-old Jason Hinton is the second man to face charges for the death of Baylock. LaQuan Tolliver is also named in an indictment and there may be as many as two other men who are believed to be involved in the shooting, although their names have not been released by police.

Police say that a woman confessed on behalf of all the men involved. She told police that she had lured Baylock to her residences where Tolliver, Hinton, and others lied in wait for an ambush. When Baylock got there, the men killed and robbed him.

END_OF_DOCUMENT_TOKEN_TO_BE_REPLACED

A week or two ago, we discussed the situation of a Chicago man who was being charged in connection with the Capitol riot that left one police officer and a couple of participants dead. It is important to understand that this individual was so divorced from reality that he actually posted photos of himself online outside Nancy Pelosi’s office. However, he later came to his senses and removed the photos. By that time, federal authorities had already caught up with him. They demanded that the man turn over video footage of the riots, which he gladly did. The charges against him have now escalated and include felonies.

Kevin Lyons of Chicago now faces three additional felony federal charges after turning over his phone to federal authorities. Those include:

END_OF_DOCUMENT_TOKEN_TO_BE_REPLACED

A former Elgin resident has pled guilty to attempted murder and aggravated arson charges stemming from a 2017 incident. She was accused of entering her ex-boyfriend’s house in Roselle and then stabbing and attempting to suffocate a woman she found there. She then attempted to set the townhouse on fire. The woman she attacked and another man in the home were injured when they jumped out of a second floor window to avoid the fire that had been set. She then was accused of stealing a car to flee the scene. She has been held on $2 million bail since her arrest in July of 2017. She entered her plea in DuPage County court with the knowledge that she would be sentenced to 28 years in prison, according to The Daily Herald. At the time of her arrest, she was also facing additional charges of home invasion and possession of a stolen vehicle.

Attempted murder in Illinois is a very serious charge. It is considered a Class X felony and is punishable by up to 30 years in prison.

END_OF_DOCUMENT_TOKEN_TO_BE_REPLACED

The United States is one of the few countries with a judicial system founded on the principle of democracy. This system of justice offers us an orderly and peaceful way to decide criminal cases. Additionally, the judicial system punishes the ones found guilty, resolves civil disputes, and protects our civil rights. Thus, the judges in Chicago have to uphold the United States Constitution and the Constitution of the State of Illinois. This is by interpreting and enforcing laws in individual cases. These judges and staff are always ready to do what it takes to maintain a court system that meets the highest standards of judicial performance.

One of the most notable changes and commitments is the introduction of electronic court systems in Chicago. This is not a new thing, especially for the federal court system, which went paperless more than 15 years ago. But, switching to the electronic court system is still a change that has dragged on in most circuit courts. Currently, you might even see some Chicago Circuit Court clerks spending their time carrying stacks of folders.

After years of relentless lobbying by frustrated attorneys, Chicago was able to take a step forward and join other counties in the digital world. This is ensuring that most of the businesses of the courts are done online, embracing electronic court systems.

END_OF_DOCUMENT_TOKEN_TO_BE_REPLACED

When the need for a criminal lawyer arises, time is of the essence. Before you go ahead and hire just any criminal defense attorney, there are specific and important questions that one should ask. Here are some things to consider when consulting with an attorney.

It is the responsibility of your lawyer to obtain and review all the items in discovery. That includes reports from the police, statements of the witnesses, audio and video tapes, photographs, and any other material that might have been provided by the prosecutor through discovery. Your attorney should also make copies of all material. The attorney should not only consider having you aware of the evidence that is there but also any other evidence that is probably missing. Who are the witnesses that should be interviewed, and what are they likely to say in court? What type of defense investigation is likely to be conducted in order to find the evidence that can disprove your guilt?

END_OF_DOCUMENT_TOKEN_TO_BE_REPLACED

The carjacking was one of the trendiest criminal activities in the 1990s. But, recent Chicago City data shows that after many years of steady decline, the crime of taking other people’s vehicles by force is soaring back into favor. The data revealed that through August, vehicle hijacking crimes increased by 30%. This is equivalent to 183% compared to 2015 crime rate.

According to the Chicago Tribune, carjacking began to spike in 2016 when shootings and homicides skyrocketed. Crime in virtually every category rose. While the cause of this sudden spike was unclear, some security officers felt the furor over the viral video clip revealing police shooting a teen Laquan McDonald 16 times fueled the activity. This resulted in most security officers becoming less aggressive on the streets. This, in turn, emboldened criminals.

END_OF_DOCUMENT_TOKEN_TO_BE_REPLACED

If you are living in Chicago, Illinois, you might have your own car to get around the city. You need to drive to work, back home, and to different spots around town. Driving on your own to any destination is convenient. But, what will you do if your driver’s license is suspended? Have you violated any traffic rules? If so, do you know what the consequences are?

If your license has been suspended, it means that the authorities have taken away your privilege to drive. You can find the law about driving with a suspended license in Chicago, Illinois pursuant to 625 ILCS 5/6-303. Your penalty will depend on your reasons for having a suspended license.

END_OF_DOCUMENT_TOKEN_TO_BE_REPLACED

Terrorism is the current concern of the cyber security community. The key legal principles are laid out at a national level. However, there are many other forms of cybercrime which are largely downgraded yet quite capable of harming people. This is not just a problem for Chicago, but for the entire world at large. As is often the case in these instances, the argument is about establishing the right parameters for upgrading a simple cybercrime into cyberterrorism or cyberwar. For example, internet trolling is rarely capable of meeting the standards of terrorism, yet it is also a serious crime that is often prosecuted by the authorities. Others have decided to define cyberterrorism as any form of cyber crime that involves nations or entire communities.

Some of the worst offenders under this law are not pariah states but individuals who have used their expertise in order to hack into government agency databases before strategically leaking the resultant data in order to cause maximum embarrassment to the government. Although WikiLeaks and Snowden might argue that they do not meet this criteria, the reality is that the US government considers their actions to be a threat to the state. Therefore, the prosecution process and the indicative sentencing might be a lot harsher than would be the case for other types of cybercrime. We might then argue that it is the state that determines the fine line between cybercrime and cyberterrorism.

Investigating and Classifying the Crime

END_OF_DOCUMENT_TOKEN_TO_BE_REPLACED 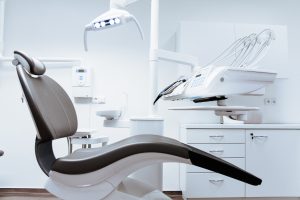