A Chicago-area man has been sentenced to 18 years after the deaths of four of his customers due to overdose. The statute under which he was charged is meant to hold drug dealers accountable for the overdose deaths caused by their products. While the law makes sense in some ways, it fails to account for the millions of opioid deaths caused by pharmaceutical companies who lied about their product, facilitated its entry into the black market, and profited in the range of billions from the lives they destroyed. In some cases, these executive drug dealers are facing racketeering charges for knowingly funneling thousands of doses to locations with small populations. The orders to these locations were so large that even if every member of the community had a prescription, it would still be too much. These orders were, of course, diverted to the black market. Executives have faced criminal prosecutions based on what they knew or should have known about the orders. Nonetheless, not one of them is facing a first-degree reckless homicide charge.

The Chicago man has been charged under Wisconsin Statutes 940.02. The relevant portion of the statute reads as follows:

END_OF_DOCUMENT_TOKEN_TO_BE_REPLACED

A man who caused the death of another man during a robbery attempt will not face charges after Cook County determined that they acted in self-defense. The man’s name has not been released since the County is not pursuing charges. The incident occurred during last summer’s civil unrest.

According to the police report, 31-year-old Lorenzo Thomas approached an unidentified man with another man in a robbery attempt. The man grabbed a metal bar and struck Thomas in the abdomen. The man was brought to the hospital but was released several days later. He was readmitted three days later. He died as an apparent result of those injuries. The Cook County medical examiner ruled that the man’s death was a homicide caused by assault. However, the assaulter was deemed to have acted in self-defense. Thus, he will not face charges related to the homicide.

Why Was the Man Not Charged?

END_OF_DOCUMENT_TOKEN_TO_BE_REPLACED

A Chicago police officer has lost her badge after a drunken altercation at Horseshoe Casino. Lori Ann Cooper has been charged with battery against a public official. Yes, gaming officials are public employees, just like police officers. She has been charged with one felony, battery on a public official, and three misdemeanors, resisting law enforcement, disorderly conduct, and public intoxication. The Chicago police announced that Cooper had been stripped of her badge pending the outcome of the investigation, but it does not look good.

Off-duty police officer was working security at the casino. He responded to a call that a casino employee had been battered in one of the bathrooms by an intoxicated female casino-goer. When he arrived, the employee declined to press charges and did not appear injured. Nonetheless, Cooper and her friend were asked to leave the premises. According to security personnel, as Cooper and her friend attempted to exit the premises, they began fighting with each other.

END_OF_DOCUMENT_TOKEN_TO_BE_REPLACED

In Illinois, we do things a little differently. Firing wantonly at fleeing suspects is not considered a laudable act. In Chicago, we have a civilian oversight agency that investigates police shootings and when and if appropriate, files recommendations with the department for disciplinary action. This is where we are with the fatal shooting of Maurice Granton, Jr. who was killed by police in 2018 while attempting to flee. While the task force would not disclose the contents of their investigation and simply handed their recommendation over to the department, this is generally an indication that they found cause for disciplinary action and perhaps even criminal charges.

Meanwhile, Granton’s family has filed a wrongful death lawsuit against Chicago P.D. claiming that he was shot in the back while unarmed and posed no threat to police officers. His attorney claims that his hands were visible when the shot was fired. The family is seeking an undisclosed amount of money to settle the claim.

END_OF_DOCUMENT_TOKEN_TO_BE_REPLACED

Two men are facing charges for conspiring to burglarize Walgreens during the civil unrest that has been plaguing Chicago since the George Floyd murder. William Lorenz, 40, and Ivan Bermudez, 42, are each charged with one count of conspiracy to commit burglary of a controlled substance. The two men were arrested by federal agents, meaning that they will be facing federal charges.

As you may have noticed, the two men are not facing charges for committing burglary, they are facing charges of conspiring to commit burglary. However, the two men were arrested after illegally entering three Walgreens stores that were closed while looting and vandalism were occurring. The complaint accuses the men of entering the stores for the purpose of removing drugs from the shelves.

END_OF_DOCUMENT_TOKEN_TO_BE_REPLACED

While Donald Trump has recently announced that federal authorities will be unleashed in major democratic cities, by now, federal involvement in Chicago has been an ongoing fact of life for major developers and politicians for centuries. Most recently, the feds filed a criminal case against ComEd, and they are also targeting House Speaker Michael Madigan.

The feds have lobbyist Mike McClain speaking to a ComEd executive. He told this executive that he should not put anything in writing and that putting things in writing could “only hurt ya.” The two men then discussed a favor for Mike Madigan that federal authorities believe is part of a larger bribery scheme.

How Did the Bribery Scheme Work?

END_OF_DOCUMENT_TOKEN_TO_BE_REPLACED

Curtis Lovelace was charged with the murder of his wife, Cory Lovelace, in Illinois. After a mistrial the first time around, a jury decided that the prosecution had not met their burden of proof and acquitted Lovelace of the crime. Nonetheless, Lovelace was sent a bill for over $40,000 for posting bond and various expenses related to his in-home incarceration. We also spent some time in a county jail before he was able to get friends to lend him the money.

Lovelace is now jobless, family-less, and his life is destroyed. After the acquittal, Lovelace petitioned the court to return the entire $350,000 bond. But instead, they sent him an “administrative fee” for $35,000 and charged him another $5,000 for the 277 days he wore an electronic monitor.

Recently, the Supreme Court of Illinois declined to hear his case.

END_OF_DOCUMENT_TOKEN_TO_BE_REPLACED 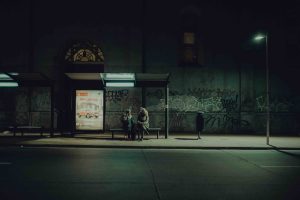 END_OF_DOCUMENT_TOKEN_TO_BE_REPLACED

The trial of Brendt Christiansen, the man accused of murdering Chinese exchange student Yingying Zhang, has begun. Amid claims that there is surveillance evidence showing Christiansen admitting Zhang into his car the night she was murdered, the prosecution will introduce evidence gathered by his longtime girlfriend, who wore a wire for federal investigators, against Christiansen at trial. She will claim that Christiansen repeatedly indicated to her that he wanted to be a serial killer and made other inflammatory proclamations.