Federal agents have seized 100 electronic devices after executing a search warrant of R. Kelly’s property. The seizure has resulted in a postponement of R. Kelly’s trial while investigators and prosecutors determine whether or not there is any new information that can potentially be used to charge Kelly with more crimes.

The information came out during a routine arraignment during which Kelly was being charged with abusing a minor victim over the course of four years beginning in 1997.

The trial had been set for April 27 but is now likely to be postponed while investigators determine whether or not there is anything actionable on the iPads, cell phones, and other electronic devices found in the raid.

END_OF_DOCUMENT_TOKEN_TO_BE_REPLACED

A police search without a warrant is illegal without consent. It is unlawful for a police officer to enter a person’s home or vehicle without a warrant, without consent, or without an exigent circumstance, such as seeing through a window or hearing domestic violence within the house. Additionally, it is unlawful for a law enforcement agent to coerce a person into consenting to a search, whether that coercion is expressed or implied. Furthermore, according to the Criminal Law Digest, “A defendant’s initial refusal to consent is an important factor in determining whether later consent is voluntary. The fact that defendant signed a written consent form is not dispositive in deciding whether consent was voluntary where circumstances show the consent was obtained through coercion.” This very scenario happened to a Chicago resident.

Chicago police responded to an anonymous tip about a man growing marijuana in his residence. When the officers arrived at the residence, they found no one at home. They called the man with a fake story of a home break in, at which point the then suspect drove home and was confronted by the police officer. The defendant asked if the officer had a search warrant, which he did not. However the officer said that if the defendant did not sign a consent form right then and there, that he would be taken to jail, which would not have been lawful. And, if the defendant signed the form, he would not be arrested on that day. The defendant signed the consent search form, the officer found contraband, and he was arrested. The court  found that the police officer had tricked, intimidated, and threatened the defendant, and that the voluntary consent form was not actually signed voluntarily. The court remanded for a new trial, reversed the conviction, and threw out all evidence from the illegal search.

END_OF_DOCUMENT_TOKEN_TO_BE_REPLACED

Vehicle searches can be lawfully carried out in Chicago with or without your consent. The penal code in Chicago gives the police many powers so that they can stop criminals and prevent crime. The law specifies the situations in which the police can search a car. Normally these situations arise if there is a strong suspicion that the vehicle contains an illicit substance or a criminal. The search might also be done if there is suspicion that the car has been used or is about to be used to commit a crime. Failure to follow procedures can be grounds for a criminal defense.

Understanding the Rules on Consent

END_OF_DOCUMENT_TOKEN_TO_BE_REPLACED

A cell phone is a mechanical device used for personal and business transactions. Because it is widely available, many people use cell phones to communicate. It is one’s property, kept and protected for privacy.

What happens if you are called in for questioning or accused of a crime? Are the police allowed to search your cell phone? If they are, then do they need a warrant to search your personal property?

What is a Warrant?

END_OF_DOCUMENT_TOKEN_TO_BE_REPLACED

The 7th circuit appeal court has just considered the case of Joseph Doornbos. This case highlights some of the important things for residents of Chicago to consider when they are stopped and searched. It specifically looks at pat-downs and whether the police have to have reasonable grounds for suspicion before they act.

In this case, the search was done by law enforcement agents that were not in uniform (plain clothes agents). They confronted the suspect and tackled him to the ground as he was leaving a train station. Later on, they charged him with resisting an arrest, but he was acquitted on that charge.

The Issues of the Case

END_OF_DOCUMENT_TOKEN_TO_BE_REPLACED

In the legal world, few matters are as controversial as those that allow confiscation and forfeiture by the police. It is something that has dramatically polarized the two sides. It is rare that you will find someone who is neither truly “for” nor truly “against” these laws. Those who are in favor of the police departments being legally allowed to confiscate goods and money hold that law enforcement is taking away the proceeds of criminal enterprises. Staunch advocates, however, state that the police are nothing but thieves with badges who are taking the property of citizens without trials or due process. This issue is a complex one, to say the least.

To understand the law in Chicago, one must first understand what civil forfeiture and confiscation means and how it would apply to the person being affected by it. The standard rule of law used in Chicago dictates that police may confiscate property, including money, that meets certain criteria. These criteria are simple and, to some, are far too broad: Law enforcement officers have to believe that the property was used in a crime, is intended to be used in a crime, or has been obtained in connection with a crime. As you can see, this is a straightforward, if broad, list.

END_OF_DOCUMENT_TOKEN_TO_BE_REPLACED

Few laws have created the angst that is experienced in the stop-and-search era. The basic premise is that if you come from an ethnic minority, then the chances are that you will be more likely to be stripped and searched than a member of the mainstream community, which is primarily white Caucasian in this context. It is a violation of civil liberties. There are numerous reports of these powers being abused.

The law enforcement agencies may hide behind the notion that they are merely engaging in a consensual process, but consensus can never be achieved if one of the parties to the cause is so much more powerful and influential. The power of arrest and charge is particularly compelling to any would-be suspect when he or she is deciding whether or not to resist the arrest. The law enforcement agencies have attempted to report this as a practical matter of people from ethnic minorities committing more crimes more often than their mainstream white Caucasian counterparts. Other social researchers disagree with this premise because it does not account for the impact of the systemic deprivations with which these ethnic minorities have to contend.

Working Towards a Sustainable Model

END_OF_DOCUMENT_TOKEN_TO_BE_REPLACED 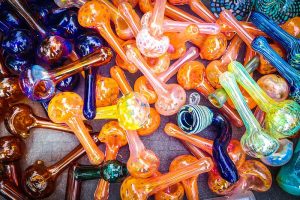 Broadly speaking, the law in Chicago gives the police power to search and seize items if and when they suspect that those items are relevant to the commission or investigation of a crime. However, some law enforcement agencies have abused this power resulting in the interventions of senior courts to determine what constitutes a legal search and seizure in Chicago. Defense attorneys may find themselves in a position where they are effectively prosecuting the law enforcement agencies for breaking the law. Typically, these complexities arise in the midst drug-related cases.

The Interplay Between Constitutional and Criminal Law

The Fourth Amendment has guaranteed Americans the right to be free from unreasonable search and seizure. However, that tends to focus more on the federal government overreach. Of course, there are those that push the law to its very limit by insisting that they are able to occupy public property without intervention from the state. That is why the law always includes a caveat of reasonableness which is open to interpretation and definition by the courts. The Fourth Amendment does not cover seizure by private individuals and therefore anyone that engages in this type of activity on their own authority is bound to encounter serious legal problems.

END_OF_DOCUMENT_TOKEN_TO_BE_REPLACED 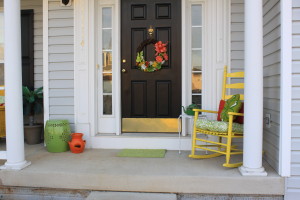 If a police officer shows up at your door and demand you open it, you may feel as if you have no option but to allow the officer into your home. Many people are intimidated by the authority of the police or frightened at the idea of disagreeing with the police. Whatever the reason, most people are either unaware of their constitutional rights when a police officer is at the door or they forget to assert them. While there are some exceptions to the rule, in general, it is illegal for the police to enter your home without a search warrant.

What are Your Rights?

The Fourth Amendment to the United States Constitution protects you from unlawful searches and seizures. This right is extended to you on the state level by operation through the Fourteenth Amendment. This means that if the police do not have a search warrant and you do not consent to allow them into your home when asked, then they are breaking the law if they enter.

END_OF_DOCUMENT_TOKEN_TO_BE_REPLACED

A Southside Chicago man claims that Chicago police stormed his home, placed him in a chokehold and arrested him for doing nothing more than walking down the street. Police arrested the man on misdemeanor counts of battery, resisting arrest, and possession of a deadly weapon. The man’s niece captured the incident on her iPad.

I have discussed extensively on this blog before about the right of Chicago residents to be free from unlawful search and seizures, or stop and frisk. While police have the right to address anybody on the street – even asking a person to “come here” – unless they have a reasonable belief that the individual has committed, is committing, or is about to commit a crime, the person approached has the absolute right to completely ignore the police.

If this man’s story is true – that he did nothing more than ignore the police’s request that he “come here” after they pulled up alongside him – then the police grossly exceeded their authority. Ignoring a police inquiry does not give them the authority to conduct a stop and frisk. It certainly does not give them the right to follow the person to his home, storm his residence, and then charge him with resisting arrest. If the initial stop was unlawful which, if the facts alleged here are true, it was, then any search and arrest that followed were illegal, and all charges against the defendant must be dismissed.

It is an unfortunate fact that racial profiling exists. Studies show that Chicago police officers repeatedly engage in racial profiling, particularly when it comes to traffic stops. The American Civil Liberties Union’s review of traffic stop data collected by the Illinois Department of Transportation shows that Chicago police officers are four times more likely to ask to search vehicles driven by African-American and Hispanic drivers than those driven by white motorists, despite the fact that illegal drugs or guns are found more frequently in the vehicles of white motorists.

Numerous anecdotal reports of racial profiling exist as well. Even the University of Chicago police department, a private force that has the full power of local police for the area it serves, has been accused of engaging in racial profiling.

Stopping an African-American, Hispanic or other ethnic minority based on a reasonable suspicion that he is engaged in illegal activity does not constitute racial profiling. Stopping an African-American, Hispanic or other ethnic minority simply because they are black and “all black men are criminals”, which appears to be the case in this incident, is racial profiling. A stop that is based solely on the color of one’s skin, without any other evidence to support a reasonable suspicion of criminal activity, is illegal, and any search and arrest that follows must be dismissed.