It was a case in which everything worked the way it was supposed to work. A 9-year-old was murdered, yes, but witnesses came forward to finger the gunman and help the police arrest a suspect.

It happened like this. A gunman rolled up on the 900 block of North Cambridge Street, got out of his car, and fired a gun at an intended target. He missed that target and ended up shooting a 9-year-old boy several times before the child died of his injuries.

END_OF_DOCUMENT_TOKEN_TO_BE_REPLACED

Charges have been filed against Reginald Merrill, a 33-year-old Chicago man who is being blamed for the death of a 7-year-old girl. It is one of several deaths across the country that have people taking a harder look at gang violence across America’s cities.

Mayor Lori Lightfoot delivered an impassioned plea to those responsible for this kind of violence. She said in a speech that she wanted us all to feel the loss of children dying at the hands of gang members who fire indiscriminately into crowds.

Merrill has been charged with first-degree murder and aggravated battery.

END_OF_DOCUMENT_TOKEN_TO_BE_REPLACED

For millions of Americans, Memorial Day weekend felt like a watershed moment when the momentum of the pandemic finally appeared to be rolling back. Americans came out and enjoyed beautiful weather, picnics, music, and beaches. For Chicago, the city experienced its most violent Memorial Day weekend in five years, and Mayor Lori Lightfoot was not at all pleased.

Lightfoot called out police superintendent David Brown for not strategizing to prevent more violence. Lightfoot said publicly that, “We need to do better,” and that the “weekend’s violence was out of control.”

END_OF_DOCUMENT_TOKEN_TO_BE_REPLACED 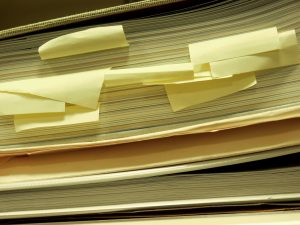 There is no doubt about it, this year Chicago is experiencing a serious spike in shootings and murders. In fact, ABC7  reports that there were 65 fatal shootings in July alone. What is to blame for this spike in violence? While there are undoubtedly many contributing factors, the head of the Chicago Police Union claims that police paperwork is in large part to blame. In an interview with DNAinfo the union leader explained that the problem does not exclusively stem from paperwork issues, but that the implementation of two-page Investigative Stop Reports has led to fewer police stops and, therefore, more violent crimes being perpetrated on the streets.

Starting on January 1, 2016, Chicago’s old checklist contact cards were replaced with two-page Investigative Stop Reports. Under the old contact card system, every time a police officer interacted with a civilian on the street the officer would document the encounter via a simple checklist on an index-sized contact card. However, police officers are now required to document each encounter by filling out a two-page questionnaire. This new requirement means that police officers in Chicago are spending much more time filling out paperwork and much less time interacting with people on the street. An article from DNAinfo notes that during the first 11 days under the new policy there was a 79% decrease in police stops. The article states that there were just 3,916 investigative reports filed during these 11 days, compared to the 16,698 reports that were filed during the same period last year under the old system. This difference is clearly astronomical.