The state of Illinois has some of the harshest penalties for weapon violations in the country. However, if you possess a valid FOID (Firearm Owner’s Identification) card, you are allowed to own a gun. It is important to keep in mind that having a FOID card does not mean you are legally permitted to carry a gun with you at all times.

Unless your gun is in an appropriate case, in a condition where it can not be fired, and you are on your way to the firing range or moving, it is best not to carry a gun, especially in Chicago. To do so, you will need a concealed carry permit, and even then there are circumstances and locations in which you are not allowed to bring a weapon.

If you are facing weapons charges, contact a gun crime defense lawyer to help you with your case.

END_OF_DOCUMENT_TOKEN_TO_BE_REPLACED

A man who was shot during a fight on the red line has been charged with aggravated battery.

Chicago police said that while fighting, one man shot the other in the stomach. The victim, 38-year-old Roy Lee, was able to wrestle the gun away and beat the shooter with it. Both were taken to the hospital.

In a bizarre turn of events, Lee was charged with aggravated battery/use of a deadly weapon. The man who shot Lee had a license to carry a concealed firearm. At this point, it is unclear if the shooter will face charges, as well.

END_OF_DOCUMENT_TOKEN_TO_BE_REPLACED

As controversy surrounding gun violence and the Second Amendment ramps up across the country, both the federal and state governments are feeling pressure to crack down with tighter gun regulations. From the outside, Illinois appears to be ahead of the curve. Historically, Illinois boasts some of the strictest gun control laws in the United States. Illinois is one of seven states that requires permits or licenses in order to buy any class of firearm, along with California, Connecticut, District of Columbia, Hawaii, Massachusetts, and New Jersey. Furthermore, and maybe more surprisingly, Illinois is one of only five states that require a waiting period to buy any type of firearm. According to The Law Center to Prevent Gun Violence, which tracks gun laws nationwide, Illinois earned a “B+” for its gun laws. However, California scored even better than Illinois, earning a grade of “A” with what are considered to be the strictest gun laws in the country.

The Illinois gun laws are largely attributed to the high volume of crimes committed with firearms in and around the Chicagoland area. From an outsider’s perspective, the number of crimes committed with guns in Chicago in comparison to the strict requirements for ownership do not add up. However, it is important to note that several surrounding states, including Indiana, have some of the weakest firearm laws in the country. Chicago’s proximity to these states makes it easier to bypass the Illinois regulations and obtain illegal firearms.

END_OF_DOCUMENT_TOKEN_TO_BE_REPLACED

Many people in Chicago find it hard to believe that criminals involved in any mass shooting have a chance to defend themselves. This is because of the seriousness of the offenses that result from this crime and the restrictive nature of Chicago gun laws. With the right legal advice, however, an individual charged with a mass shooting can successfully defend his or her case.

With the United States facing the worst mass shootings in the modern history, it is likely that these incidences might stir action on gun control. If you look at Chicago, there were over 4,000 victims of crimes related to guns in 2016 alone. This means that we have to come up with measures that will actually bring a real impact.

History has shown that mass shootings mainly happen in places where victims cannot defend themselves. These include churches, learning institutions, and other places where people are not allowed to carry guns. According to research, all the public shootings in the US have occurred in locations where citizens are banned from carrying guns, except for two cases. In Europe, all the mass shootings have taken place in areas where citizens are banned from carrying guns.

END_OF_DOCUMENT_TOKEN_TO_BE_REPLACED 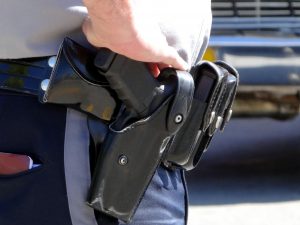