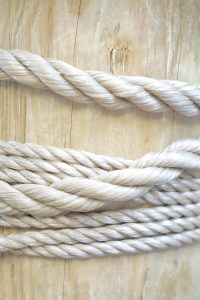 The Wisconsin State Journal reports that two suspects are currently in custody in Illinois in connection with a violent home invasion that took place in Madison last January. Allegedly, the two suspects robbed a 27-year-old man at gunpoint, forced the man into his apartment, and once inside bound the man and his girlfriend with duct tape. The couple claims that the robbers demanded more money and pointed a gun at their 3-year-old daughter’s head. Eventually, the father broke free of his bonds, lunged at one of the gunmen, and was shot multiple times. Thankfully all members of the family survived. Now that both suspects are in custody, they have been charged with several crimes, including false imprisonment.

What is False Imprisonment?

In Illinois, false imprisonment occurs when an individual’s personal liberty or freedom of locomotion is unlawfully restrained. Before a defendant can be convicted of false imprisonment the prosecution must prove the following two elements:

Additionally, the victim must have been aware of their confinement, and the defendant must have intentionally caused the false imprisonment. In other words, if someone locks you in your second-floor bedroom while you are sleeping and then unlocks the door before you wake up, you have not been falsely imprisoned because you were not aware of your confinement. Furthermore, if that same person locked your bedroom door without knowing that you were inside the room, then they would not have had the intent required for false imprisonment because they did not intentionally confine you.

Analyzing the Case at Hand

Based on the elements of false imprisonment outlined above, can a court convict the two suspected robbers of falsely imprisoning the man and his girlfriend? What about their 3-year-old daughter? While a court of law has not yet made these determinations, we can evaluate the case given the information that we currently have and predict whether or not a court would find the suspects guilty of falsely imprisoning the family.

It seems pretty clear that the man and his girlfriend were falsely imprisoned. Both victims were physically restrained with duct tape by the intruders, as well as by the threat of physical force against their daughter. Additionally, we have no reason to believe that the suspects restrained the couple based on a mistaken, but reasonable, belief that they can committed an offense. Furthermore, the victims were conscious and very much aware of their confinement, and the defendants intentionally restricted their freedom of movement by tying them up.

What about the 3-year-old daughter? Was she also falsely imprisoned? The answer is likely yes, however we would need more information to know for sure. The key difference between the child and her parents is that the child was not physically tied up like her parents were. However, the unlawful confinement in a false imprisonment case does not need to be physical. The confinement can be accomplished by physical force, a physical barrier, or by the threat of physical force. Because the suspects allegedly put a gun against the child’s head a court would likely find that the child was also unlawfully restrained.

If you are being investigated in connection with a crime in the Chicago Metropolitan Area it is important that you consult with an experienced criminal defense attorney who is committed to zealously defending your rights. David Freidberg is an extremely talented criminal defense lawyer who defends clients against a variety criminal charges. If you would like to discuss your legal options with him during a free and confidential consultation call us today at (312) 560-7100.