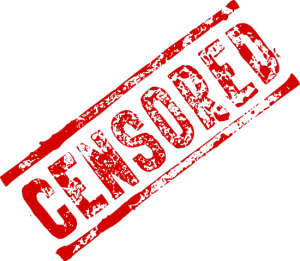 The law of public indecency in Chicago is complex precisely because it touches on the interaction between personal freedom and societal norms. What some consider to be harmless exhibitionism may meet the statutory minimum for the crime of public indecency (see People v Reed). Generally speaking, society has condemned indecent exposure in public as an unacceptable occurrence that must be punished. Sometimes, however, people who are engaged in perfectly harmless activities are suddenly subjected to a complex criminal investigation under these laws. However, it must be noted that the law enforcement agencies in Chicago have used an even-handed approach in these cases.

Understanding How the Crime is Committed

The intent is important in determining whether the offense is a mere misdemeanor or whether it meets the criteria for a felony. It is not the case that indecent exposure is an infraction, although this is a widely held misconception of the law. You should not expect that you can get away with merely paying a small fine. In the worst case scenarios, you can get a substantial term of custody as well as compulsory registration on the sex offenders list. The provisions of 720 ILCS 5/11-30 set out the legal premise for the law as follows:

These are broad definitions and defense teams are quite rightly concerned about the potential for abuse. Consider the arguments that surround public urination, particularly if members of the public report it as an example of public indecency. There was a time when the government was considering banning breastfeeding in public, but then the law came under fire for potential discrimination against women. The bottom line is that officers tend to have some discretion because the legal definitions are so broad.

The Problem of Giving Discretion to Police

Although the courts operate on the presumption that law enforcement officers are fundamentally honest, there is nothing to suggest that this is an unbreakable rule. Hence, there is a patchwork of enforcement in which the same behavior can be prosecuted or ignored depending on the officer in charge. Attorneys have sometimes tried to mount a defense based on selective prosecution but there is no guarantee that such a strategy will be successful.

Another interesting dimension to the charge is the definition of a public place. The statue has attempted to clarify this matter by determining the conditions that constitute a public place. The main requirement is that the space must be located in such a way as for members of the public to view the activity that is taking place. Therefore, enclosed or private spaces are not included in the statute.

Although the public is generally supportive of the legislation as a whole, there is concern about the potential maladministration of justice. The language of the statute is so vague as to make prosecutions simultaneously easy and difficult – a recipe for civil rights abuses. The penalty range is also uncommonly wide. For example, a single conviction is considered to be a Class A misdemeanor, which carries a maximum prison sentence of one year and a fine not exceeding $2500. Multiple convictions constitute a Class 4 Felony.

The aggravating features include a defendant who is older than 18 years and an offense that is committed within 500 feet of a school with children present, as stated in the School Code. The courts have sometimes upgraded the offense automatically based on the circumstances regardless of whether it is a first offense or otherwise. To talk with David L. Freidberg, contact our office now by calling (312) 560-7100 to schedule a free confidential consultation