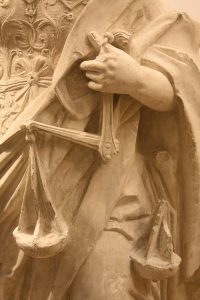 The lack of clarity about the law on obstruction of justice (and the significant leeway that is afforded the law enforcement agencies) make this one of the most controversial areas of legal practice. Those misgivings notwithstanding, a charge of this nature brings serious consequences. Quite often defendants are caught off guard because they imagine that trivial instances of Disorderly Conduct are nothing more than being obnoxious. Later on they discover that they are facing a daunting rap sheet. At other times the obstruction appears to be relatively innocuous. A case in point is the provision of false information either after being prompted or without being prompted following a traffic incident.

The Rationale for the Law and Administrative Provisions

Currently the law is listed under the provisions of legislative instrument number 720 ILCS 5/31-4. This is a felony and that has implications for the charging process. The prosecutor has two choices. The first option is to use information while the second is known as an indictment. The defense attorney must have exceptional skills and knowledge about the law as well as its practice in order to defend any of these routes adopted by the prosecutor.

In the complaint procedure, the complainant is required to swear and sign the document. This complainant is not always the victim but a representative of the law enforcement agencies such as a commissioned police officer. Their statement serves the purpose of confirming that the allegations are true.

The indictment has to go through a grand jury which is a form of pre-trial procedure that focuses on probable cause. 16 peers are required to consider the evidence that is presented by the prosecutor in order to make recommendations as to whether the prosecution should go ahead. Upon approval, the grand jury will present a true bill which is an authorization for prosecution. In both these routes, the prosecution is given very significant leeway in order to determine the direction of the case.

The Constituent Elements of the Crime

The typical scenario is when there is a court proceeding and the defendant attempts to sway the decisions/process of the court through illegal means. A classical case in point is tampering with evidence and even intimidating witnesses. The constituent elements of the offense are clarified as follows:

Although the law appears to be relatively straightforward, it does contain important provisions that are vigorously contested by the prosecutors and defenders. For example, the standard of proof may be met if a family member forces witnesses to withdraw. Complexities arise when the defendant and victim are related. In these cases, familial ties can put extra pressure on witnesses not to testify or even report the crime in the first place. The judge may put in place a no-contact or no-communication order pending the disposal of the case in order to reduce the risk of this happening.

Obstructing justice is a Class 4 felony (see People v Taylor). This means that it can attract a term of imprisonment not exceeding three years and not less than a year. In addition, it is possible to fine the defendant to the tune of a maximum of $25,000. Nevertheless, there are also options for probation as opposed to imprisonment. This is a sentencing option that should be explored by the defense upon conviction. Aggravating features include involvement in gang activity which means that it becomes a Class 3 felony with a possible term of imprisonment ranging from two to five years. If you need an excellent lawyer to take your case, contact David Freidberg attorney at law today at (312) 560-7100.