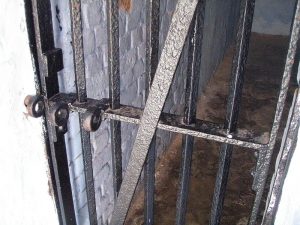 There has been much public debate about how and why the law as it stands is relevant to the daily lives of people in America. It is therefore not surprising that the enactment of the Chicago law on unlawful restraint has exercised lawyers on both ends of the spectrum. Some perceive it to be a vanguard of protections from potential kidnappers. Others are less complementary and perceive it to be full of inconsistencies. This article considers some of the legal and practical issues that would be relevant to the work of a defense attorney in these cases.

An Overview of the Relevant Rules

First of all, it is important to note that the original conception of the law was designed to address those who held others against their will and without the appropriate authority. Therefore, this law is a precursor to the measures that punish various forms of kidnapping. The constituent elements of the crime include the prevention of free movement without proper authorization.

Where there is sufficient evidence to prove that a weapon was used during the process, then this is considered to be a serious aggravating factor. In some ways this law is the mirror opposite and companion of the law against obstruction of justice. It has been argued that a lawyer needs to have knowledge of both aspects of the law in order to mount an effective defense.

For clarity, the starting references are the provisions of 720 ILCS 5/10-3. In particular, it is assumed that the defendant must have known or should have known that he or she had no such authority. Of course, if it is successfully argued that the defendant could reasonably have assumed authority, then that could form the basis of an effective defense.

As one of the prerequisites of the crime, there must be intentional detention and not by mere accident. However, that provision does not explicitly restrict the effect of the legislation to physical holding areas such as cells or even buildings. All that is required is that the victim feels that he or she is restricted. A case in point is where the requisite standard is met by using deceit and verbal orders in order to prevent movement. The use of violence is an aggravating feature in these cases.

A Determination of Lawful Detention

There are many authorities and individuals who are given the explicit authority to detain. A case in point is immigration officials who can apprehend anyone they suspect of not following the rules. It is important to note that the courts have not set out a minimum period of detention before the case meets the necessary threshold. Hence it is not possible to mount a defense that the detention was too short for it to qualify as a crime.

This provision is particularly important in cases of child abduction by parents. However, if there is consent by the victim then it is not a crime until that consent is either withdrawn or lapses. Likewise, the means to escape must be closed off in some way whether by physical, verbal or psychological means. For example, it would be a crime even if the door was wide open but the defendant threatened violence if the victim left. It would also be a crime if the door was open but the victim was not aware that it was open and they could use it to escape.

Some Penalty and Classification Considerations

Unlawful restraint in Chicago is typically within the Class 4 categorization. That means that the court can sentence the defendant to a term of three years in prison. In addition, he or she could be fined up to $25,000. The current configuration of the law requires that all convicted defendants have one year of a mandatory supervised sentence. Furthermore, the probation service can require up to 30 months of a conditional discharge. Where aggravating features are present, the charge can be upgraded to a Class 3 felony which means that the term of imprisonment ranges between two and five years. If you need a great lawyer to take your case, contact David Freidberg attorney at law now at (312) 560-7100.