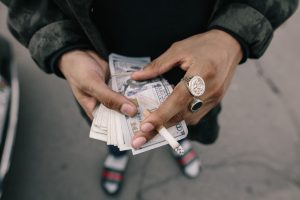 The crime television niche has done much to highlight the intricacies of the solicitation of murder for hire. Like in all legal jurisdictions in the world, this is a serious crime in Chicago. It involves a certain amount of breach of trust by a loved one. For the media, it is a chance to revel in the wickedness of humanity, particularly if the story involves a faithless spouse who decides to put a lifelong companion to sleep. The rudiments of the crime are to be found in the provisions of 720 ILCS 5/8-1.2.

Needless to say, this is a serious crime that leads to the death penalty in some states. It is also an infectious crime in as far as more than one person may face charges. The one that commissioned the crime and the one that executed it are both charged together with any accomplices. That is not even accounting for the ensuing public scandal that is backed by sensational media reporting. For the ambitious defense lawyer, these crimes are a boon in as far as they are a fast track to fame.

The Implications of the Charge and Conviction

Despite the more salacious aspects of the crime, solicitation of murder has serious consequences for the defendant should he or she be found guilty. The minimum term of imprisonment is 20 years but the maximum can go right up to 40 years. Despite these consequences, there is evidence to support the notion that this crime is on the rise. The complexity of the law relating to attempt and solicitation means that it is always advisable to retain a qualified and enthusiastic attorney. This crime should be treated with the seriousness that is afforded capital murder charges when preparing a defense. In any case, one of the constituent ingredients of the crime is that the perpetrator must have intended that first degree murder be committed.

The act should be contemplated to occur following a contract or even an exchange of money. At other times the courts have found the minimum standards have been met where there is merely an understanding or an unrequited request for money. Following public outcry about criminals who were hiding behind naïve handymen and women, the instigator is now in the full crosshairs of the prosecutor.

There are instances in which the punishment for the instigator is even harsher than that of the perpetrator. Defendants should be wary of presenting a defense that is founded on the argument that they merely encouraged the murder but did not carry it out themselves. This is particularly important if the perpetrator was vulnerable due to age, disability, marital status, or even gender.

This is a Class X felony, the most serious on the statute books in Chicago. The range of punishment changes if the person that was solicited was younger than 17 years of age. In this case the crime is aggravated and the minimum term of imprisonment is 25 years with a possible maximum of 60 years. The higher end virtually means a life sentence.

At the federal level, any violation of the law is liable to a term of imprisonment of 10 years. However, if personal injury results then the minimum is raised to 20 years. When death results, life imprisonment or the death penalty can be imposed. The duality of the crime at the federal and local level means that one of the first tasks for the defense team is to keep the feds out of the loop. In People v Kauten, it was shown that jurisdiction is often an important preliminary and terminal consideration when disposing of the case. Call David Freidberg Attorney at Law now at 312-560-7100 to get the legal help you deserve.