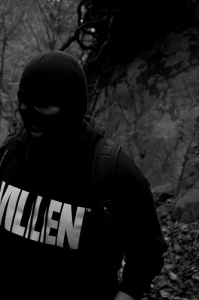 Self-Defense: By the Victims or the Armed Robbers?

This case raises an interesting question of whether the victims were justified in their use of force against the armed robbers, and whether they could face potential charges of aggravated battery or aggravated assault for firing upon the alleged assailants.

Illinois law allows an individual who used force against another to claim self-defense if “he reasonably believes that such conduct is necessary to defend himself or another against such other’s imminent use of unlawful force.” The law further states that a person can only use force intended to, or likely to cause, death or great bodily harm – such as firing a gun – “only if he reasonably believes that such force is necessary to prevent imminent death or great bodily harm to himself or another, or the commission of a forcible felony.”

Illinois law does not allow a person to claim self-defense if force was used during an escape from commission of a forcible felony, or initially provided the use of force himself. It also cannot be claimed if the person asserting the defense initiated the contact, unless he indicates his desire to withdraw from his initial use of force.

But the circumstances surrounding this case are not so straightforward. The clerks pulled their guns after the armed robbery had been committed and the assailants fled the store. So there is a question of whether the clerks’ use of force was justified, or whether the assailants themselves could claim self-defense.

At the point where the clerks approached the assailants with their weapons, there was no longer a need to defend against another’s use of imminent force, there was no fear that either of them were in danger of suffering great bodily harm, and the forcible felony had been completed. This doesn’t appear like the typical “escape” scenario, because the clerks did not chase the assailants out, guns drawn. Instead, the assailants left with the money, and the clerks then saw a car in the alley on their security cameras. They then chose walk out and confront the assailants, not even sure if the people in the car were the assailants. Their actions could be considered retaliation or vigilante justice rather than self-defense.

You may be thinking, “But when the clerks approached, the assailants drew their weapons and opened fire, so the clerks were justified.” That may be true. It may also be true that the assailants (assuming they even were the assailants) were now in fear for their lives and opened fire to protect themselves from imminent bodily harm. Yes, the law says that a person who initiated force cannot then claim self-defense if force is used against them. However, the initial aggressor can claim self-defense if he indicated a desire to disengage. Here, the fact that the assailants fled the scene could show an indication on their part to disengage from their initial threat of force, so that the clerks’ approach with guns drawn was now an improper use of force.

If you have been arrested for using force following the commission of a forcible felony that you believe was used in self-defense of your life, the Law Office of David L. Freidberg, P.C. can help. Asserting the claim of self-defense is tricky and can only be raised under very specific circumstances. With almost 20 years’ experience, Chicago criminal defense attorney David L. Freidberg understands these laws, and will put his years of experience to work for you, examining all aspects of your case and reviewing all of the evidence to determine if the claim of self-defense is available to you. Contact our Chicago, Skokie or DuPage County office today, 24/7, at 312-560-7100 to schedule your free initial consultation.