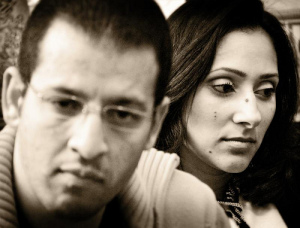 If you’re on the internet at all these days, you’ve no doubt heard of “revenge porn”. An ex-romantic partner, whether in a fit of jealousy or just a pure desire to get back at you for dumping him, posts private, nude images you had sent him online for all the world to see. Or maybe a current girlfriend, angered that she caught you flirting with another girl, posts naked pictures to her social media account without your consent, in an attempt to ridicule you. Regardless of the motivation behind it, as of January 1, posting such pictures without your partner’s consent is a class 4 felony that could land you in prison.

The law, which was proposed by Sen. Michael Hastings of Tinley Park in 2014, prohibits the “non-consensual dissemination of private sexual images”. It is seen by proponents as closing a loophole in the pornography laws, which make it a crime to post nude images on pornographic sites without the subject’s consent. But the law did not criminalize disseminating nude pictures, which were shared privately between two consenting adults, on social media.

Under the law, an individual is prohibited from intentionally sharing an image of a person over the age of 18 if the person is:

In addition, a reasonable person must have understood that the images were to remain private, and the person sharing the image must have known, or should have known, that the person in the photo did not consent to its being shared.

For purposes of the law, “image” includes any photograph, film, videotape, digital recording or other depiction or portrayal. Although the law was drafted with the idea of the image being shared on social media, posting the photo in public places would constitute a violation of the law. A conviction under the law is a class 4 felony, which carries the possibility of 1 – 3 years in prison.

If you have been charged under Illinois’ new felony revenge porn law, don’t laugh it off. Conviction under the law is no joke, and could land you up to three years in state prison. That is why it is important that you call Chicago felony criminal defense attorney David L. Freidberg immediately. With almost 20 years’ experience handling every type of Chicago felony case, David L. Freidberg understands what it takes to build a defense that will result in a dismissal of all charges or acquittal in court, and will examine all the evidence in your case to discover any weaknesses that can be used to poke holes in the prosecution’s case. Contact our Chicago, Skokie or DuPage County office at 312-560-7100 to schedule your free initial consultation.