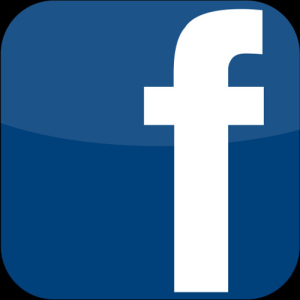 A Cook County man was arrested last week and charged with felony threats to a police officer, assault and various weapons charges, after a person reported a Facebook post in which he threatened to kill police officers.

Under Illinois law a person can be convicted of threatening to harm a police officer, even if no actual attempt to inflict harm was made. However, “the threat must contain specific facts indicative of a unique threat. . .and not a generalized threat of harm.”

In a case such as this, it is important to closely examine the threat that was made to determine if it was specific or general. A specific threat would have to include details that showed the individual making the alleged threat had, at the very least, a loose plan of when, where and how the harm was going to be committed. A general threat would be more along the lines of puffery or letting off steam.

For example, a Facebook post that said, “Death to the police!” or “Those pigs had better hope they never run along my path!” is a general threat. The threat is not aimed at any specific individual and doesn’t give any indication of where, when or how the threat would be carried out. But if the threat said, “Some cops are going to die tonight!” and was accompanied by a photo of the person armed with guns or other weapons, that may be specific enough to indicate an actual threat – the time is specific (tonight) and the photos shows the person has the means to carry out his threat.

Careful examination of the threat is especially important at this particular moment in time. Police across the nation are on high alert after the murders of two New York City police officers, which was done in apparent retaliation for the recent police killings of unarmed black men in Ferguson, Missouri and New York City. Knee-jerk reactions could cause police, and the judge who signed the arrest and/or search warrant, to overreact. But when it comes to a person’s constitutional right to be free from unlawful search and seizure, the adage “better safe than sorry” does not apply.

Search incident to arrest: Law enforcement may search any area within the arrestee’s immediate control for weapons or evidence of the crime;

Plain view: Law enforcement may collect any evidence that is within view of the spot where the arrest occurred. For example, if the arrest occurred in the kitchen, they could confiscate any evidence of crime they see sitting in plain view on the dining room table. They could not walk down the hallway and take evidence they see sitting on a bedroom nightstand.

Safety: Police may do a protective sweep of the home if they believe there may be others present, or if the nature of the underlying crime warranted it – for example, it was suspected the arrestee was making bombs, so a check was done for explosives that could detonate and harm others.

A careful review of the arrest and search warrant in this case is necessary to determine whether law enforcement had the appropriate warrants and, if not, whether the search fell within any of the three exceptions. If the police did have the appropriate warrant, it must be determined that they probable cause to obtain the warrants. If the defendant’s Facebook threats were too general to qualify as threats under the law, then the warrants would be invalid, all evidence uncovered in the search would be inadmissible, and the charges would have to be dismissed.

Trampling on a criminal suspect’s 4th amendment rights against unlawful search and seizure are the most often violated rule of criminal procedure. That is why when you are arrested you need an experienced Chicago search and seizure attorney. David L. Freidberg has almost 20 years’ experience defending Chicago, Skokie and DuPage County criminal defendants against all felony and misdemeanor cases, and has a thorough understanding of the 4th Amendment protections and the ways in which the police and prosecutors try to violate them in their pursuit of a conviction. David L. Freidberg thoroughly examines the evidence used to obtain each arrest and search warrant in order to determine if it reaches the level of reasonable cause, and will fight tirelessly to get it invalidated and all evidence obtained under it dismissed if does not. Contact our office 24/7 at 312-560-7100 to schedule your free initial consultation.