A Chicago man was charged with first-degree murder for the stabbing death of his mother recently in the Southwest Side Chicago home they shared with her husband. The defendant was covered in his mother’s blood and allegedly admitted to stabbing her following an argument. 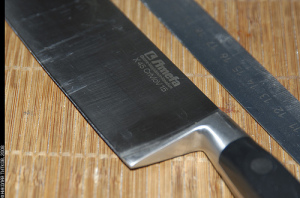 Criminal Confessions and the 5th Amendment

The defendant allegedly confessed to stabbing his mother, telling police he did so because he was angry that she constantly put him down and told him to get a girlfriend. His statement to police indicated that he took a knife from the butcher block in the kitchen and replaced it following the killing.

Contrary to what you may think, a confession does not mean the case is a slam-dunk for the prosecution. As I have discussed in prior posts, the 5th Amendment provides criminal suspects protection against self-incrimination. To ensure that right, the police must read a suspect his Miranda rights once he is placed in custody.

Any confession therefore must be carefully scrutinized in light of the Miranda protections. Police actions that may violate the 5th Amendment include:

Consideration must also be paid to the manner in which the police conducted the interrogation, and all copies of police transcripts or video tapes of the interrogation, particularly of the alleged confession, must be thoroughly reviewed to ensure that the confession was not coerced or made under duress.

If the police violated the 5th Amendment in anyway, or utilized abusive interrogation techniques, the defendant’s confession could be deemed inadmissible in court, and could result in a dismissal or reduction of charges.

If a review of the circumstances surrounding the defendant’s confession indicate that it will be admissible in court, and if the other evidence in the case tends to show that the defendant’s chances of acquittal in court are slim, then the defense moves from seeking an acquittal or dismissal to obtaining a reduction in charges.

In this case, the defendant had large, visible cuts to his hands and face. A review of the medical records by an independent medical expert is needed to determine whether the wounds to the defendant’s face could have been caused by the kitchen knife, or any other knife in the house. An expert forensic analysis of the bloody knife found in the house is also necessary to determine whether the defendant’s blood is on it. These two facts could be consistent with the victim having attacked the defendant first, which could result in a reduction of charges to manslaughter, second degree murder (for imperfect self-defense, where the belief that the use of force was necessary was unreasonable) or allow the affirmative defense of self-defense to be raised.

Because the murder was allegedly committed because of what the defendant described as belittling behavior by the victim, friends and family must be interviewed to determine the nature of the relationship between the defendant and the victim. If there was a history of emotional and verbal abuse, the argument that evening could have been the proverbial straw that broke the camel’s back and caused the defendant to lash out at his mother over years of abuse. If this were the case, then an argument could be made that the charges should be reduced to second degree murder, since the defendant acted in the heat of passion.

Whether you have been charged with first degree murder, second degree murder or manslaughter, your defense begins even before the police begin their interrogation. As a criminal suspect you are afforded certain rights, and you should never waive them, or speak with the police, without first consulting an experienced Chicago murder attorney. With almost 20 years’ experience handling Chicago murder charges, David L. Freidberg understands the rights afford to criminal defendants and will make sure you receive the legal protections you are entitled to. Contact our Chicago, Skokie or DuPage county office today, day or night, at 312-560-7100 to schedule a free consultation.