A Chicago man was recently charged for the alleged assault and robbery of his mother’s elderly landlady. The robbery occurred shortly after the defendant’s mother paid rent for the month. 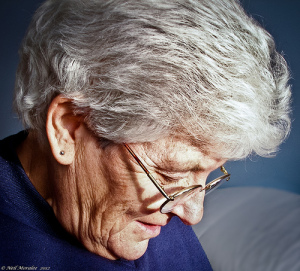 Question of Identification in Robbery

In this particular case the victim was allegedly robbed by two men, the defendant and an as yet to be determined co-offender. The defendant allegedly grabbed the victim around the neck and covered her mouth, presumably to prevent her from crying out for help. The robbery occurred outside the apartment building.

There is an immediate question of whether the victim properly identified the defendant as her assailant. The victim was grabbed from behind, and with the hand over her mouth was unlikely able to turn her head to see who had grabbed her. Following the robbery she was pushed to the ground. Reports indicate that the fall caused nerve pain and made her unable to move her legs, so it is also unlikely she was able to turn to get a good look at her assailants as they fled.

Thus, it is quite possible that, injured and most likely extremely shaken-up over the assault, she described the defendant to the police and later identified him in a lineup as the assailant not because he actually committed the crime, but she had seen him shortly before the assault and was therefore the most recognizable.

Examination of Injuries Sustained in Assault

The victim allegedly suffered a bulging disc, nerve pain and an inability to move her legs following the assault and robbery. Although the degree of the injuries suffered does not increase the charge, it could have a huge impact on the jury. The victim is 68 years old, which will likely make her extremely sympathetic in the eyes of the jury. The more injuries she suffered during the assault, the more likely the jury is to view the defendant in an unfavorable light for assaulting who they perceive as a poor, defenseless little old lady.

It is therefore important to have a medical forensic expert review the victim’s medical records to determine if the injuries she suffered were consistent with the actions taken in the assault. It is also important to review her prior medical records to determine if she has a pre-existing condition that could have caused the nerve pain and bulging disc flare up as a result of the assault, as opposed to being the cause of the injuries.

With almost two decades’ worth of experience representing criminal defendants, Chicago robbery attorney David L. Freidberg fights to ensure that his clients were treated fairly by law enforcement and that none of their rights were violated. With meticulous attention to detail he examines all of the evidence in every case to find the flaws that can result in acquittal, dismissal or a reduction in charges. Contact the Chicago office 24/7 at 312-560-7100 to schedule your free initial consultation.