Eyewitness identification is heavily relied upon by juries and judges when deciding on a criminal defendant’s guilt or innocence – yet it is the leading cause of wrongful conviction.

A new Illinois law seeks to cut down on the misidentification of criminal suspects in police lineups by eliminating the potential for officer bias. 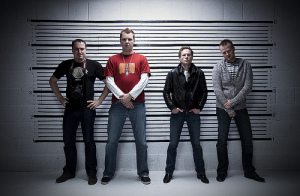 Chicago police departments currently use “standard lineup” procedures, which are inherently biased – the lineup administrator (the person who organizes the lineup) knows the identity of the suspect. This increases the chances that he may, whether on accident or on purpose, give clues to the victim regarding which suspect she should “identify.” The bias is present in both live and photographic lineups.

The new law eliminates this bias by requiring that all lineups be conducted using one of three methods:

Independent administration. In this procedure, the lineup administrator is not a participant in the investigation and has no knowledge of who in the lineup is the suspected perpetrator. This eliminates the possibility that he can influence the eyewitness into choosing the police suspect.

Automated administration. In this procedure, a computer or other device automatically displays a photographic lineup in a manner that prevents the lineup administrator from seeing which photographs the eyewitness has viewed until the lineup is completed.

Police may also utilize any other method that guarantees that the lineup administrator has no knowledge either of the suspect or of which photographs the eyewitness is viewing until the lineup is completed.

In addition, lineups shall be composed to ensure that the suspect blends in with the “fillers”, those non-suspects who are included in the lineup. This means that the fillers should be substantially similar to the appearance of the suspect as described the eyewitness, such as race, height, facial hair, tattoos or other identifying characteristics.

If a police lineup does not comply with the new procedures, or if it can be otherwise proven that the lineup administrator improperly influence the eyewitness’ identification, that identification may be ruled inadmissible in court, or the jury may be told that the identification is suspect because the police failed to follow proper procedures.

The change in proper lineup procedures is very much needed and goes a long way toward protecting the rights of criminal suspects. The inherent bias in standard lineup procedures leads to the misidentification of suspects, some of whom are later wrongfully convicted or plead guilty to crimes they did not commit. Others suffer the stress, sometimes while in jail, before further police investigation determines that the evidence does not support the suspect’s having committed the crime.

If you have been arrested, contact Chicago criminal defense attorney David L. Freidberg immediately. A defense attorney’s presence at a police lineup can help ensure that proper procedures are followed and that the eyewitness is not unduly influenced. If the lineup has already been completed, reviewing any audio or video taken of the lineup, and examining police notes regarding the procedures utilized, may raise questions regarding the accuracy of the lineup that could lead to its being inadmissible in court, or could cause the prosecution to drop the charges. With close to 20 years’ experience handling felony and misdemeanor cases in Chicago, Skokie and DuPage County, David L. Freidberg will work tirelessly to protect your rights. Call our office day or night at 312-560-7100 to speak with an attorney or schedule a free initial consultation.