The Illinois State Police announced the arrival of a new member to its K-9 unit recently, a dog trained in narcotics detection to aid in drug crimes investigations. I have discussed extensively on this blog the 4th Amendment right of all people to be free from unreasonable searches and seizures. But do those protections extend to police dogs? 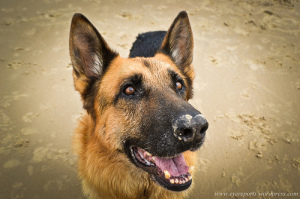 In 2005 the United States Supreme Court, in a decision that overruled the Illinois Supreme Court, ruled that the 4th Amendment prohibition against unreasonable search and seizures does not prohibit a trained police dog from being brought to the scene of a routine traffic stop to detect for illegal drugs.

The Illinois Supreme Court reversed the conviction, ruling that there had not been “specific and articulable facts” of any crime to justify the canine search. With the search deemed unconstitutional, the evidence had to be tossed out and there was no basis to support the conviction.

But the U.S. Supreme Court reinstated the conviction. Police dogs, the court said, are trained only to detect illegal contraband, which is not a legitimate privacy interest. If no drugs are present, then the privacy of the individual being sniff-searched has not been violated, because the dog cannot detect or convey any private information. Therefore, having a police dog sniff an area, even if there is no probable cause to assume the person being searched is in possession of drugs, does not constitute an unreasonable search and seizure. Probable cause to perform the subsequent search arises when the dog alerts to the presence of illegal contraband.

Because individuals do not have a privacy interest that can be violated by a sniff-search, can there ever be a case where a search by a K-9 unit is unreasonable?

In Caballes, the dog sniffed outside the defendant’s vehicle. Police would be unable to have the dog sniff inside the vehicle, without probable cause to believe that there was drugs inside. Likewise, a police dog could search outside a residence, but would be unable to search inside unless it alerted to drugs inside the home, or if the police had a search warrant for the home.

The search could also be unreasonable, and any evidence uncovered from it deemed inadmissible, if the dog’s handler did any of the following:

In any of these instances, the police officer’s act of forcing the dog to alert, or falsifying an alert, for the sole purpose of creating probable cause to support a search, would result in the search being deemed unreasonable.

If you have been arrested for possession, distribution or production of any controlled substance, contact Chicago drug crimes attorney David L. Freidberg. Evidence of illegal narcotics is usually the linchpin of any drug crimes case. With almost 20 years’ experience defending clients against misdemeanor and felony drug crimes cases, David L. Freidberg will aggressively review all the circumstances surrounding the search and seizure to determine if that search was unreasonable. Call our office day or night at 312-560-7100 to schedule your free initial consultation.