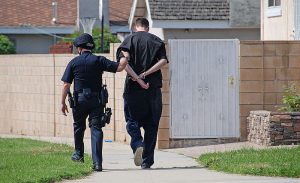 Clients who are involved with the criminal justice system in Illinois are understandably intimidated by the processes and rules. That initial panic is the main reason why so many defendants make a host of mistakes that come back to bite them later on as the case is disposed of. The first issue to consider is that of adequate legal representation. The state-appointed attorney should be a last resort if there are absolutely no alternatives save from self-representation.

In serious cases such as murder, rape, or assault the court insists on legal representation. If the client is unable to come up with representation, then an attorney or public defender will be appointed on their behalf. Unfortunately the quality of representation is not as high as would have been the case if you select your own attorney. In any case, it is important to understand the various stages of the criminal case processes so that you are not taken by surprise:

For an experienced criminal lawyer who will give you the best chance of winning your case, call Chicago Criminal Defense Attorney David Freidberg at (312) 560-7100 today.