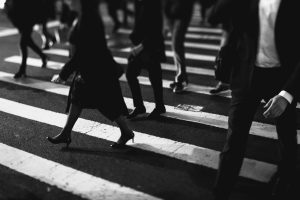 Adel Daoud will now face sentencing after pleading guilty (sort of) to conspiracy to commit terrorism and attempts to commit terrorism. Daoud was led by the hand to commit acts of terror against the American people by undercover FBI agents. He pushed a button on a detonator that he believed would set off a 1000-pound car bomb that could have killed hundreds of people. Daoud sat in the passenger seat of a car beside a federal agent and prayed that this would be their first operation, not their last.

Daoud had set himself up for the sting after lengthy social media posts alerted the federal government to his attitude. They say that he believed he was on a mission from God to harm infidels. The federal agent coaxed Daoud to commit an act that he believed was terrorism against the American people.

Does That Constitute Entrapment?

Entrapment is an illegal interaction between a suspect and police officers in which the government agent induces a suspect to commit a crime. However, the rules for what constitutes entrapment are much stricter than most people realize. For instance, it is not considered entrapment simply because a federal agent gives a suspect the opportunity to commit a crime. The defendant must prove inducement, which is actually quite difficult.

There are two standards for entrapment. These are generally known as the objective and subjective standards.

Under an Alford plea, the defense stipulates to the evidence against them claiming it is too strong and will likely result in a conviction. Despite that, they maintain their own innocence. The Alford plea dates back to a criminal case in North Carolina. The defendant claimed that he was leveraged into pleading guilty to second-degree murder for fear that he would be sentenced to death. There was disagreement between the appellate courts as to whether or not the plea was coerced. It made it all the way to the US Supreme Court where the court determined that, in order for the plea to be accepted, a competent lawyer must have convinced the client that their best chance at avoiding a stiffer penalty was to plead guilty to a lesser one. It is unique insofar as the defendant does not admit guilt.

Chicago criminal lawyer David Freidberg represents defendants charged with serious crimes in Illinois. If you have been charged, do not wait for representation. Find an attorney who will guide you each step of the way. We can be reached at (312) 560-7100 or you can contact us online.