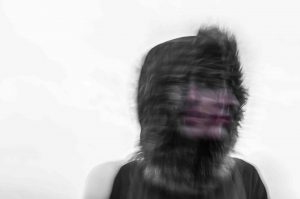 Insanity pleas are notorious because they are often dramatized in television shows and movies. In the real world, they are very difficult to prove.

There are two things you should understand about an insanity plea, and these things are often confused. Before there is a trial, the judge will need to determine whether or not you are fit to stand trial. That requires that you understand the charges against you and are able to participate in your own defense. If you cannot face your charges, you are remanded to the care of a psychiatric facility until they stabilize you enough so that you can stand trial for the crimes with which you are charged.

That is completely different from an insanity plea. If you plead insanity, the judge has already ruled that you can stand trial for your crime, but as a defense, you are saying you were not in your right mind when you committed the offense and should, therefore, not be held responsible for it. It is very difficult to prove because the criteria for proof is very high. Sometimes, it works.

A Chicago woman was charged with killing her sister while visiting her in Ohio. She was recently found not guilty by reason of insanity. The woman stabbed her sister multiple times in front of her own children while they were over at another relative’s apartment. In this case, it was the Judge who heard the case that determined the woman was not guilty by reason of insanity. During the proceedings, both sides hired psychiatrists to testify on the mental state of Leisha McDuffy. Both sides seemed to indicate that she suffered from severe schizophrenia.

In 2018, a different judge found McDuffy incompetent to stand trial during which she remained in the care of the Iowa Department of Corrections where she received treatment until she was able to stand trial. Last week, a judge determined that she was not guilty by reason of insanity and ordered that she be evaluated by doctors to determine whether or not she was a risk to herself or others.

If, after the psychiatric evaluation, McDuffy is determined to be competent to be released into the general public again, she will be released having never been convicted of murder.

Illinois uses the ALI (American Law Institute) test to determine sanity. In Illinois, one is only allowed to raise an insanity defense if one can no longer understand that their conduct was criminal or evil because of mental illness. In other words, it is a form of moral insanity.

Let us for instance say that one sister kills another sister. The sister who commits the homicide believes that the other sister is possessed by the devil and the only way to save her soul is to free the spirit inside of her. In this case, the killer has a deluded concept of what he or she is doing and would not have committed the murder, if the killer had been in his or her right mind.

If you have been charged with a serious crime in Chicago, you need an attorney who understands the system and can make it work to your advantage. Give David Friedberg, Attorney at Law a call at (312) 560-7100 or talk to us online. We can go over your options.