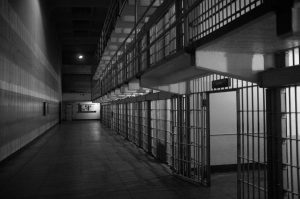 James Gibson, the man who was sentenced to life in prison after being convicted of a double homicide, is finally a free man. After an appellate court tossed a conviction against him, the district attorney’s office dropped the charges. It was unclear if they were going to retry Gibson for the case, but it did not appear likely. Gibson was convicted on a confession made under duress during which he claimed he was tortured over the course of two days into admitting to the slayings. Gibson later recanted the confession and pleaded not guilty at trial. The prosecution leaned heavily on that confession in order to make their case against Gibson.

In addition to the confession, the prosecution had two witnesses that later recanted their testimony. The appellate court vacated the conviction and James Gibson waited to find out what the prosecution would do. Had they wanted, they could have tried Gibson again for the same charge. However, lacking sufficient evidence, they decided to let Gibson go which seems like the right thing to do.

How an Innocent Man Goes to Prison for 28 Years

In cases in which the prosecutor has a confession of a suspect, it does not necessarily matter how that confession was elicited. In this case, now-disgraced police officer Jon Burge has had several of his old cases looked at after it came out that Burge used “enhanced interrogation techniques” on domestic citizens. Four of Burge’s old cases resulted in gubernatorial pardons, but Gibson was not among them. Gibson languished in prison for 28 years hoping that someone would finally listen to what he was saying.

Gibson maintained that his confession had been coerced after two days of non-stop interrogation. The methods used by Burge would have been declared illegal if it had come out at the time that Gibson had been tortured. It would have likely resulted in the judge keeping evidence of Gibson’s confession out of the record and severely damaged the prosecution’s case against Gibson.

However, if the appellate court judges ruled that the other evidence against Gibson was strong enough to warrant the conviction, then Gibson’s conviction could have stood regardless of whether or not he was tortured.

Today, there are several inmates convicted on Jon Burge confessions that have yet to have their cases cleared. They face similar hurdles to Gibson insofar as the wheels of justice turning slowly. In cases in which the other evidence is ruled sufficient to justify a conviction, these defendants may not have grounds for an appeal. In cases in which they took a plea in lieu of facing a jury, they may have no grounds for appeal.

As sad as James Gibson’s story is, it is a victory for him and others convicted of serious crimes. He, at least, will be allowed to spend the rest of his life among his loved ones.