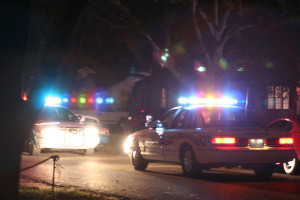 A few bad apples can spoil the whole barrel, or so they say. But in the case of some Chicago precincts where rogue cops are allowed to use their badges to commit crimes against its residents, this is all too true. Cities are discovering that the cost of allowing these rogue cops to patrol their areas can be high after having to pay out millions of dollars in settlements to victims of the overzealous misconduct of a few rogue police officers.

Police Misconduct at What Price?

The Chicago Tribune recently did a story on the subject of “police misconduct” and the cost of this misconduct to the taxpayers. The Tribune discovered that small pockets of police officers are actually costing the city millions of dollars in settlement payments to victims, not to mention the erosion of confidence and trust in law enforcement, when these rogue police officers are allowed to use their apparent authority over its citizens in order to harass and abuse them under “color” of the law.

The Tribune indicated that there were approximately 124 of these rogue police officers (out of a force of 12,000) named in lawsuits filed against the city since 2009. The names of the same police officers kept showing up again and again in various lawsuits, ultimately costing the city around $34 million. Perhaps the departments where these officers work should have been more diligent in controlling these officers’ conduct and possibly removing these repeat offenders from the force. At some point there should have been an investigation. However, be that as it may, nothing appears to have been done about this ongoing problem. ChicagoTribune.com.

Two officers, Sean Campbell and Steven Sautkus, were patrolling a Chicago neighborhood in April 2014, when they saw a driver, 18 year old Jonathan Guzman, make a turn without flashing his signal in (what the officers thought) a timely manner. They ordered Guzman out of the car, handcuffed him, and in the process of a rambunctious search, dismantled Guzman’s auto sound system in the trunk of his car. The search resulted in the finding of a $5.00 marijuana cigarette butt. They then charged Guzman with misdemeanor possession, gave him three traffic tickets and impounded his car.

This was not a one time only stop of Guzman by these same officers. This scenario was played over and over again until in 2014, Guzman filed a lawsuit for harassment against the city that settled for the sum of $35,000, payable to Guzman by the taxpayers. The Chicago Tribune reporter who investigated this story indicates that these two rogue police officers were allowed to remain on the job and to continue their mode of serial harassment and intimidation of citizens in their precinct. Read more on this story at ChicagoTribune.com.

But Wait, There is More

Officer Campbell, who was a 17 year law enforcement veteran, was allowed to continue using his badge as a license to harass. After the city paid the $35,000 settlement to Guzman, seven more lawsuits charging police misconduct were filed against Campbell. In fact, Campbell tied for second place in the most lawsuits filed and settled against the city. Campbell’s partner, Sautkus was named in four other cases that were also settled by the city.

Of course, if you have rogue police officers harassing and intimidating citizens, there must be a reason for it. Right? Therefore, law enforcement and union officials are claiming that the misconduct of some of these rogue cops can be attributable to the fact that they work in rough, crime ridden, low income neighborhoods. This rationale overlooks the fact that the complaints filed against Campbell and Sautkus occurred from residents in neighborhoods that experienced relatively low crime.

Crime in the city makes the news just about every week in Chicago. While the majority of law enforcement officers are doing their best to rid the streets of the criminal elements that make Chicago unsafe for its law abiding citizens, rogue cops make their job harder by placing doubt in the minds of its citizens as to who the bad guys really are.

You Will Need an Experienced Criminal Defense Attorney on Your Side

If accused of a crime, it is important that you know what your rights are and how to protect them. The need for an experienced criminal defense attorney begins with the charge and arrest. Knowing your rights is the first step in the process, and continues thereafter through a possible trial to acquittal or sentencing. If you are being charged with any crime, including murder, sexual assault or battery, and would like to discuss all of the potential defenses available to you, call the Law Offices of David Freidberg today, at (312) 560-7100, or send an email, for a no-obligation consultation.