A defendant has been sentenced to 20 months in federal prison after his role in stalking and harassing an R. Kelly victim and her mother. The man described himself as a manager and advisor for the beleaguered pop star and threatened the mother and her daughter after they filed a civil lawsuit against Kelly. The harassment appeared to be a means of keeping the victim silent on the matter and preventing the lawsuit from moving forward.

The defendant is also accused of setting up a Facebook page called “Surviving Lies,” a play on the documentary “Surviving R. Kelly,” which was broadcast by Netflix and discussed the lives of the survivors. During a podcast interview, the defendant displayed sexually explicit images of the victim on screen.

END_OF_DOCUMENT_TOKEN_TO_BE_REPLACED 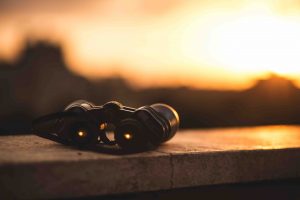 Stalking is a complex crime that can take many guises. The summary of relevant laws shows that no single law has been comprehensive enough to capture all criminality. That is why the law relating to it is constantly changing in Chicago. Efforts have focused on public protection and privacy laws. However, the stalkers are so complex in their behavior that it remains virtually impossible to come up with a catch-all set of laws that are applicable in each case. Recently the state introduced bills that made it much easier to charge suspects. This was in the wake of complex prosecutions during which it seemed as if the victim was on trial. The downside to the new legislative arrangements is that they sometimes infringe on the rights of the defendants. That is where the defending attorney must be particularly vigilant.

Typically, stalking is a crime that is tied up with domestic violence or even spousal abuse according to the provisions of 720 ILCS 5/12-7.3. In the past the social service agencies were unable to pinpoint the culprits because they were essentially protected by privacy laws as well as a routine dismissal of minor domestic disputes. Eventually the victim would learn that the law enforcement agencies were powerless to capture the suspect unless there was clear evidence of violence or threats of violence. The stalkers themselves exploited this loophole in order to stay ahead of the law enforcement agencies at all times. Meanwhile the victim was left to his or her own devices, essentially existing in a surveillance state until the stalker either gave up or was apprehended on another charge.

END_OF_DOCUMENT_TOKEN_TO_BE_REPLACED 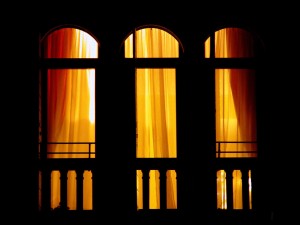 Harassment and stalking allegations are emotionally laden, complex charges to be facing at what is probably already an extremely difficult time in your life. In addition to whatever stressful situation led to the alleged criminal behavior in the first instance, you are now facing serious criminal charges. The Illinois legislature has passed extremely broad laws to curb harassment and stalking – sometimes overbroad. If you find yourself tangled up in this confusing and intricate web of laws, you need to talk to an experienced Chicago stalking defense attorney about how to defend against these charges.

Harassment in Illinois is defined as making an obscene or indecent comment or request to another with the intention to offend, threaten, or annoy them. It need not be face to face. You can be charged with harassment for telephone, email, text, and other communications. You can even be charged with harassment without speaking to the other person. For example, if someone repeatedly calls and hangs up on another without ever saying a word, that could rise to the level of harassment.