In Bloomington, a verdict hangs in the air around a 2016 home invasion case. An armed robbery occurred in the home of a Bloomington couple, and the defendant is being charged with attempted murder, armed robbery, home invasion, and a weapons charge. One member of the group of three posed as a pizza delivery man and made his way into the home, at which point the group demanded $40,000 in cash from the couple. While the details of the cash remain contested, and the total number of men involved and their degree of involvement is debatable, what remains clear is that home invasion happens all too frequently. When it does, victims need an attorney with a history of fighting criminal issues in Chicago.

How to Find a Good Attorney

If you are facing a similar situation, or you too have faced a home invasion case recently, whether as the victim or the defendant, you need legal help. Hiring just any attorney will not do. You need an expert in Home invasion laws. Expert attorneys know the latest changes that Illinois lawmakers have put into effect regarding home invasions. By definition, home invasion differs from other violations in that it only covers entering an inhabited dwelling and causing injury. However, it can also cover entering an inhabited dwelling and using or threatening to use force while armed. In the case of the latter, you might need an expert in weapons cases to lead the charge in your favor after a home invasion.

END_OF_DOCUMENT_TOKEN_TO_BE_REPLACED

Home invasions have been the fodder for criminal defense attorneys in Illinois for ages. Recently there has been a growing conversation around the response of the homeowner and whether he or she is legally protected. States like Florida have a stand-your-ground provision which has sometimes led to tragic consequences. To make matters worse, some of these incidents are alleged to involve an element of racial animus. One need only look back at the circus surrounding the George Zimmerman case to realize that self-defense is never as simple as it looks on paper when the laws are first drafted.

A Law that is a Series of Compromises and Interests

END_OF_DOCUMENT_TOKEN_TO_BE_REPLACED 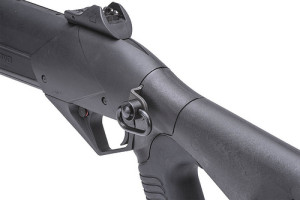 The suspects were arrested based on eyewitness descriptions of the clothing they were wearing during the crime. Police found some articles of clothing and firearms discarded in fields near the location of the home invasion.

But eyewitness identifications are often faulty. According to the Innocence Project, in cases where innocence was proven through subsequent DNA testing, 70% of faulty convictions were the direct result of eyewitness misidentification.

Here, the eyewitness descriptions were based almost entirely on the victim’s clothing. Using clothing as the primary means of identification is inherently unreliable. If the clothing was not distinctive, or if the suspects were wearing a style of clothing popular with young people, an arrest based solely on the clothing description creates a possibility that the police arrested the wrong person. Add to that the inherent untrustworthiness of eyewitness identification generally – eyewitness testimony can be influence by police conduct, statements of other witnesses, news stories on the crime or the passage of time – and it makes the arrests in this case open to casting reasonable doubt that the defendants were the ones who committed the crime.

Proof of Ownership vs. Proof of Use

Proving that the suspects owned the clothing and firearms is not, in and of itself, proof that they committed the crimes.

The same is true of the clothing. Even if the prosecution can prove that the suspects owned the specific items of clothing police uncovered, they must prove that they were the ones who actually wore it during the crime, rather than it having been stolen or borrowed by somebody else.

So the defense strategy in this specific case would rely heavily on disputing the prosecution’s forensic evidence linking the items recovered to the suspect’s use and possession during the commission of the crime. An independent forensic expert would examine all of the prosecution’s evidence to determine if the firearms and clothing could have been used by anybody other than the suspects.