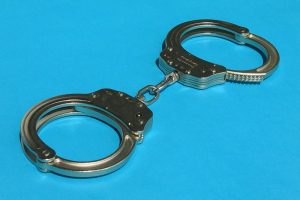 Nobody really likes to get arrested unless they are running away from an even greater threat to their lives. Therefore, the crime of resisting arrest in Chicago is not as uncommon as one might first assume. Currently this is considered to be a misdemeanor which is a follow-on offense that is separate from the original reason why the person is being arrested in the first place (see People vs Wishard). The law requires complete compliance with the law enforcement agencies unless there are some other compelling reasons such as a health emergency. Some over-zealous officers use this law in order to intimidate and then implicate citizens for purposes of blurring some other type of evidence. Quite often when an officer is caught up in dubious shooting episodes, he or she invariably come up with a defense to the effect that the shooting was justified because the suspect was resisting arrest.

Needless to say, an attorney is important in such cases, not only because he or she is able to challenge the version of events that is presented by the government agency, but also because an attorney can help the panicked suspect not implicate him or herself further. You would be amazed at how many criminal cases are effectively surrendered by the defendant on the first night in a cell precisely because he or she volunteers information through disorganized semi-confessions. One of the problems with the law relating to resisting arrest is the fact that it is so vaguely worded that it can encompass a wide range of behavior that would in some instances be reasonable and in others less reasonable. Similarly, the sentencing guidelines for the misdemeanor are extensive and varied. They include fines, probation, community service, and custody. The criminal record can provide some challenges in the future with respect to employment prospects.

Because resisting arrest is more often than not a process rather than an incident, there are a number of aggravating circumstances that can elevate the misdemeanor in terms of seriousness. For example, if you injure a police officer, then the court can decide that this constitutes a felony offense. Resisting arrest applies not only to police officers but also to correctional institutions and fire fighters. Prisoners in particular can be vulnerable because they are already deemed to have criminal tendencies and it becomes easier for the prosecution to allege that they indeed resisted arrest. A committed attorney is a minimum requirement for defendants because the prosecutor will use every trick in the book to get some form of punishment for the accused. For prisoners this might mean additional time or even harsher conditions of confinement.

The Anatomy of a Constructive Crime

The relevant law has been compressed under 720 ILCS 5/31-1a. One of the key ingredients is that the person must knowingly commit the act or series of acts that constitute resisting arrest. Obstructing the categories of officers that are listed under the schedules will also constitute the offense. However there is a requirement that the named officer must be acting in their official capacity. Moreover the roles that they are performing must be approved under their terms of reference. This is an attempt to reduce the scope for potential abuse. Some officers have expressed unease at the extensiveness of the offense and its implications. Therefore, over a series of conferences, the agencies have come up with Practice Guidance Notes that enable the officers to stay within the law. However there are no similar arrangements for suspects and defendants. For that they will need an excellent attorney. Do you need assistance with your case from a successful attorney who will fight for you in court? Contact David Freidberg Attorney at Law today at 312-560-7100 to get the legal help you need.

(image courtesy of Klaus with K)