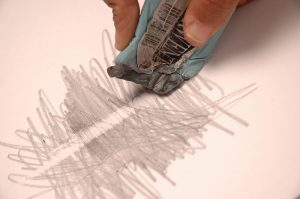 For many offenders, the sentence handed down by the court is only the beginning of their punishment. In some ways a criminal record as mandated by the Criminal Identification Act is a much more difficult condition to deal with because it is permanent and insidious. Most people will make judgements about the capabilities and proclivities of an individual based on their criminal record. The people making these judgements are not party to the original case or any of the mitigating circumstances that could explain the person’s behavior at the time. More importantly, the criminal record leaves no room for real rehabilitation. All it does is to ensure that convicted people are forever consigned to the shadowy world of illicit activities. There have been many critiques of the criminal records system over the years including its role in increasing recidivism. However public opinion at the moment is ambivalent about the possibility of expunging records.

A Redemptive Scheme in Chicago

Chicago is one of the states that is exploring new ways of rehabilitating offenders. This is done through the process of sealing or expunging a criminal record for certain offenses, offenders, and circumstances. It is never a clean break because if the media has reported the case then all that is required is a Google search to get everything back up again. Many employers and potential spouses increasingly do those Google searches so either way the individual is stuck with their record unless they change name by deed poll. It is only the most experienced attorneys that are able to successfully get rid of a criminal record. Unfortunately most defendants are so traumatized by the criminal justice process that they end up giving up on any future hopes of redemption. They simply let the record lie as it is stated and resign themselves to a life on state benefits.

The expunging process can make it easier to find credit, employment, housing, and even a mate. The court system grinds to a halt and will not do anything at all once the defendant has been convicted and imprisoned. Therefore it takes time and resources to try to activate the process of removing certain records. In any case, the defendant must be aware that there are certain conditions of good behavior that must be met before the process can even begin (see The People v Miles Duncan). This requires the cooperation of the probation office. The list of crimes that can be expunged is surprisingly extensive. It includes misdemeanors, as expected, but it also includes assault, felonies, domestic violence, drugs offenses, weapons charges, property crime, theft, and even violent crimes. Such an extensive list might be surprising to members of the public who might reasonably expect that there will be serious consequences for criminal behavior.

Actions by the Defendant

The first a defendant should do is hire an attorney. Sealing or expunging records is not something that can be done through self-help. Instead a defendant must carefully navigate the existing State Guidelines so that they understand the criteria as well as the steps that they need to take in order to meet them. Some crimes can be so severe that it is pointless to even attempt to remove the record. For example, organized crime and terrorism are not covered under the redemptive scheme. These are sensible common sense measures that are designed to protect the public. On the other hand there are many low level crimes that could be sealed after a given period of time or when the offender undertakes the restorative steps that are required by the court. It is important to gather evidence of all the efforts that are undertake so that they can support the application. If you need a winning attorney to help you with expungements and sealing, contact David Freidberg Attorney at Law today at 312-560-7100 to have the best chance at winning your case.