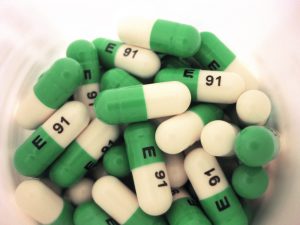 The rules relating to controlled substances in Chicago are found within 720 ILCS 570 or the Illinois Controlled Substances Act. Because the offense of unauthorized prescription drug possession touches on the ability to self-medicate; it has remained one of the more controversial aspects of Chicago law. Interestingly, there has been an uptick in arrests for the possession of medications that would otherwise be perfectly legal except for the important absence of a valid prescription. Unfortunately, the zeal with which these offenses are prosecuted has meant that there are some innocents who have gotten caught up in the melee.

Currently there are nearly two million US residents who abuse prescription drugs in one way or the other. In areas where there are no stringent enforcement structures, it is possible to go unnoticed despite the risk to public health. Some of the more high-profile arrests for illegal possession of prescription drugs include the conservative radio talk show host Rush Limbaugh.

Distinguishing Legitimate from Illegal Use of Prescription Drugs

The Illinois drug laws are clear that narcotics and prescription medications fall under the umbrella of controlled substances (see John Ochana v. Fernando Flores and Anthony Schwocher). The problem is that the usage is so widespread that so many otherwise morally upstanding members of society are effectively criminalized under the law. For example there has been some debate about exemptions for those who have a chemical dependency and therefore need therapeutic interventions as opposed to prosecutions. Adding weight to the mitigating circumstances is the possibility that the dependency could have developed while they were still under the care of a licensed medical practitioner for a serious illness or condition. Some of these highly addictive drugs are well known and it seems rather harsh that people are penalized for merely possessing them, let alone using them.

Sending such a person to prison is likely to harden them up and expose them to more serious drugs. It is not uncommon for someone to progress from prescription medication to hard narcotics if they are in a conducive environment such as a prison. Chicago authorities have continued to aggressively prosecute prescription drug offenses, sometimes even in the face of a softening public stance. Most people are not really bothered about the use of Ketamine, Xanax, Oxycontin, and Vicodin unless and until it results in other criminal activities. The idea that possession of those items in relatively small quantities could lead to arrest and even felony charges may appear to be overkill. In desperation, some people who have become addicted to these drugs during treatment will resort to stealing or forging prescriptions in order to get access to them.

Sometimes the process of illegally accessing prescription drugs leads to even more serious offenses such as the impersonation of a doctor or outright fraud. Then there is a category of third-party handlers who may not even know the legal implications of holding unauthorized prescription drugs for a friend or acquaintance. The sentencing and conviction criteria will consider the methods through which the drugs were unlawfully obtained as well as the intended use. Consideration is also given to the type of drug in question.

Typically the controlled substances in Chicago are classified using a sliding scale from I to IV (see Hooks SuperX. v. McLaughlin). This classification considers the therapeutic value of the drug, the potential risks associated with it, and its propensity to fuel an addiction. The schedule I drugs are hard and they include street narcotics such as cocaine, heroin, ecstasy, and methamphetamine. Possession of these is considered to be a serious felony given the fact that they bring no medicinal value and yet are highly addictive. The prescription drugs then rank below than from schedule II to schedule IV.  If you need an experienced attorney to handle your prescription drug case, contact David Freidberg Attorney at Law at 312-560-7100 to give you the best chance of preserving your freedom.