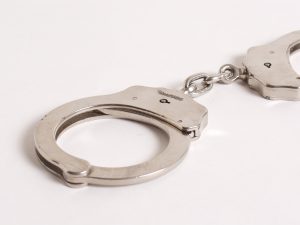 Some reformers have argued that the most appropriate action is to look to reform the law in Chicago so that minor infractions are not prosecuted under the disorderly conduct law. For most members of the public, the minimum standard for disorderly conduct in a public place may not constitute what they consider to be a serious crime. Other legal scholars have chosen to focus on less controversial exclusion criteria such as processing costs. Quite simply it is not worth the time and money to go after people who might stop their behavior if given what amounts to a slap on the wrist. Nevertheless America remains one of the top incarceration countries in the world. Likewise, the level of low-level offending is quite high, up to 10.5 million in a single year.

Legal Consequences of a Successful Prosecution

Traditionally the misdemeanor has been treated as if it were a slap on the wrist because it typically does not call for long periods of incarceration. The same cannot be said of job prospects and social exclusion, which inevitably results from a criminal record. The defendant is at a distinct disadvantage because the level of counsel is at a much more basic level than would be expected of a serious felony. The sentencing takes place without due process in terms of a thorough investigation of the fact as well as the response by the defendant. The fact that most people who commit misdemeanors are first time offenders; the trauma of the criminal justice system makes it difficult to mount a successful defense. Of course, those with means can still hire the best lawyers and get off with a warning, but that is not really the point of the system. It therefore seems pertinent that Chicago should fully reconsider its notions and prosecutions of disorderly conduct. If the regime is going to be harsh on defendants then it must also be rational and consistent; two aspects that are clearly lacking at the moment. If you need an experienced attorney to take your case, call David Freidberg Attorney at Law at 312-560-7100 today.