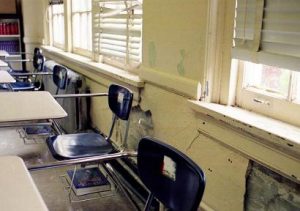 Questioning the Rationale and Practicality of the Current Legal Regime

The first principle of the law in the USA is equality. That may not quite square up to the enhanced sentencing regime for designated drug free zones in Chicago. The current trends owe their origins partly to the 1980s when the super-predator ethos started to take hold in the echelons of legislative assemblies. It was fashionable to be tough on crime. As a result many people are now serving ridiculously long sentences for relatively minor drug offenses. President Barack Obama has used his discretion in pardoning some of these offenders. A less shocking but equally serious manifestation of this fear of crime is called enhanced sentencing. The regime was designed to tackle those areas that were at a very high risk of becoming drug dens. In effect, people who committed drug offenses within these localities would eventually face penalties that were stiffer than those who committed crimes in the non-designated areas.

The principles of natural justice do not quite square up to these situational aggravating features given that an offender has limited control over the geography of the USA or how the authorities decide to designate drug free zones. Supporters of the regime argue that it makes sense when you consider the actual zones that are affected. These include schools and drug recovery institutions. The rationale is that the hardened criminals should not be allowed to exploit vulnerable people without serious consequences. In any case, the same principle has been used to develop aggravating features for burglary. The offender may not know that the home is occupied when he or she decides to steal from it, but the fact that it is occupied will lead to a harsher sentence. Illinois is one of the areas that has fully embraced the school zoning criteria for enhanced sentencing.

Limiting the Discretion Available to the Judge

It is considered bad practice to reduce the discretion that the judge has in a case. This is because the factual discovery and the comparison of aggravating/mitigating features is esoteric information that is only available to those who are intimately involved in the judicial process for that particular case. Therefore, a legislature that calls for enhanced sentencing may be basing that on generalities that have limited relevance to a particular situation. That is why laws are written in a way that typically allows the judge to apply the law to the specific circumstances of a case. Removing this discretion may mean that defendants are significantly weakened in terms of securing a fair hearing.

Defense attorneys may find that their hands are tied in terms of supporting their clients at sentence hearings. Most of their work will be restricted to ensuring that the definition of the drug free zone does not apply to their clients. However, that is a tall order when one considers that the localities are often listed as part of the public record. The prosecutor will also be aware of the potential pitfalls for the defendants. They may devote a significant part of their presentation brief explaining to the court why the location of the offense was a drug free zone. In the worst case scenario the real legal issues in terms of harm caused can be lost in technical debates about the implications of committing an offense in a particular location. The idea of drug free zones makes sense from a political perspective given the public support for it. However from a legal point of view, much has to be done in order to clarify the current regime. If you need a trusted and successful attorney to take your case, call David Freidberg Attorney at Law at 312-560-7100 today.