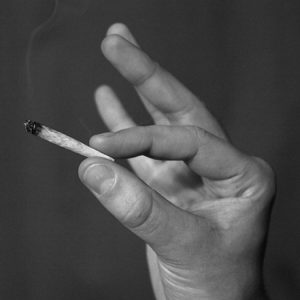 The possession of marijuana in Chicago straddles the thin and ambiguous line between criminality and socially risky behavior (see The Municipal Code of Chicago (MCC) 7-24-099). Some have reached the conclusion that the continued criminalization of marijuana in Chicago is against the public interest and represents a waste of precious police resources. For example the state attorney’s office in Cook County has already indicated that it will dismiss minor pot cases as part of their overhaul of the criminal justice system.

Others may wonder whether it is appropriate for a DA to have such wide discretion to the extent that they can effectively decriminalize activity that is criminalized under statute. In some ways the debate boils down to practicality and commonsense. If every single low level offense was prosecuted, the DA would never have the time to go after the big drug overloads. Moreover there is general public acceptance that there are people who use marijuana for recreational and medicinal purposes without intending to or actually causing any harm to members of the public.

A Law in Suspense

The DA always has to play a balancing act between meeting public expectations and maintaining their independence. Moreover there is concern about inconsistency in the implementation of drugs laws where the same offense can attract wildly fluctuating sentencing guidelines depending on the location within which it was committed. For the most part the federal agencies have kept studiously away from the minor drugs offenses although they are actively involved in taking down major drug syndicates that may even have international dimensions. The soft approach in Chicago is not only restricted to marijuana but it is suggested that ecstasy and even heroin or cocaine should be treated in this way when it comes to low level possession (see 720 ILCS 550/ Cannabis Control Act).

The overriding principle in exercising prosecutorial discretion is the public interest and safety. Nonviolent offenders need not face custody unless they are committing serious offenses or are repeating the same offenses. The suggested of a lenient approach is not just about reducing sentences but actually getting some offenders out of the criminal justice system altogether. That may mean that they do not have a criminal record to speak of when they are arrested. In Chicago the lower drug possession offenses fall within the Class 4 felony category. They can carry a fine of up to $25,000 or a maximum of three years in prison (see Doe v. City of Chicago, 580 F. Supp. 146 ND Ill. 1983).

That is a stiff sentence when compared to some European and Canadian sentencing guidelines. Instead the ethos is now focused on rehabilitating offenders through therapy and treatment. The social service agencies will then take on a much more proactive role when compared to that of the police in Chicago. If such a system were to work as intended, then it would have a dual achievement of being able to reduce the level of offending whilst relieving the criminal justice system of the relatively high incarceration rates within the USA generally. Critically for defense attorneys, any changes are prospective and not retrospective. That means that the dates of offense and prosecution might attract an even greater importance than they would ordinarily do.

The quantity and intention are critical components of the defense. Therefore these facts should be established during the pre-trial phase and if possible be used to negotiate for cautions or treatment programs. The situation is somewhat more complicated for repeat offenders but overall the low level possession will attract significantly less severe penalties than drug trafficking. To get an experienced lawyer to represent you, contact David Freidberg Attorney at Law at 312-560-7100 today.