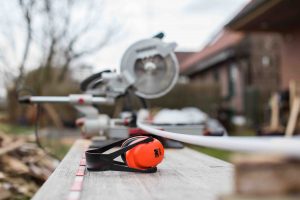 The pension system has been under a lot of scrutiny following a supreme court hearing on the 8th of May, 2015 which came to the conclusion that some of the provisions of the existing law touching on pensioner rights were unconstitutional. Pensions are some of the biggest expenditures for any corporation, especially the government of Chicago.

The legislature had proposed certain austerity measures that were meant to deal with the growing deficit within the pension fund. However, consumers felt that they were getting a raw deal in an arrangement that would mean that they had even less to retire on than before. Public sector workers that already have the golden standard for excellent pensions were some of the most vocal opponents of the new provisions.

The growing crisis of pensions has tasked everyone from trade unions to members of the legislature. At the last time of asking, the pension deficit was in the region of over $100 billion. This is considered to be unsustainable since taxpayers are no longer willing to be liable for a pension system that often exceeds their own private arrangements in terms of costs and even benefits.

The legal issues are not made any easier by the fact that often, these pension funds are held in disparate pockets that may have limited relationships to one another. Teachers, police, and even fire fighters may opt for slightly different pensions that can perform in different ways. As the workforce continues to grow, so does the burden of their pensions.

Problems with the Old Law

One of the most problematic and controversial interventions by the legislature was the removal of the automatic and compounded annual costs of living increases. This was considered to indicate a generous acknowledgment of the fact that retirees are often living in poverty because of inflation and changes in the value of money. They are cardinal provisions of retirement laws in place.

Another provision is the extension of the retirement age for government workers, which in effect means that people have to work longer and have fewer overall funds over their lifetimes. The interventions also limit the proportion of the salary that will be used to calculate the pension.

The key legal arguments rest on whether a pension fund is a key contractual agreement at the beginning of the employment process or whether it is an additional benefit that is tagged onto the employee. According to the successful petition by the trade unions, it was the former that was the case. Changing the pension scheme in such a drastic way could amount to a retrospective change to previously agreed terms of employment.

The economic necessity arguments that were presented by the state at appeal were rejected by the full court. The case highlighted the provisions of the pension protection clause of the 1970 Illinois Constitution. Any amendments will necessarily have to pay heed to those provisions in order to avoid a successful legal challenge to the interventions.  The judgement by Justice Lloyd Karmeier summarized this dictate as follows:

“Our economy is and has always been subject to fluctuations, sometimes very extreme fluctuations…The law was clear that the promised benefits would therefore have to be paid and that the responsibility for providing the state’s share of the necessary funding fell squarely on the legislature’s shoulders.”

The ruling notwithstanding, there are many people in Chicago who are looking for alternatives to a state pension that are bound to face ongoing problems. Some of the access points include employer arrangements for private sector workers and private pensions for those that can afford them. Others prefer the hybrid options that incorporate the state pension with some other private arrangements in order to have a substantial nest egg at the end of their working life. The key protections will continue to be a matter of legal debate and dispute. For professional help with your pensioner rights case, contact David Freidberg, Attorney at Law at 312-560-7100.