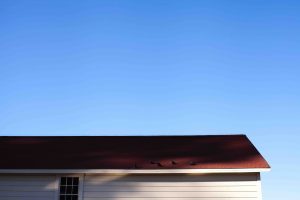 Some of these increments are not just about an aggregate change in the tax code but rather an accumulation of various due increments. The 2016 rise in property rates was associated with an increase in both Chicago Public Schools charges and the City Hall charges. The other source of contention is the assessment of the value of the home. This is not a static decision that is based on bricks and mortar cost allocation. Instead, it may consider fluid factors such as the location and the crime rates in the neighborhood. In any case, the more affluent and safe neighborhoods are likely to experience higher taxes.

The tax code can be complex, particularly for lay people that are not conversant with realty law. Of particular controversy is the idea that the local authorities are free to increase the assessed value of a property despite a demonstrable slump in general property prices. This is almost like a tax on those that maintain their neighborhoods well. Legally speaking, the law actually allows this leeway to the authorities when they are raising their revenue. However, it is envisaged that the changes will be proportionate and that people will receive some notice before the actual amendments. Better still, those authorities that allow the right of appeal will allay some of the fears that are expressed by the public.

One of the peculiar things about this law is that it always ends up with increments rather than reductions. A balance between increments and reductions might reassure the public that there is a sliding scale. As it happens, the practice is to simply tax more each year. Moreover, the fact that the tax is a composite payment that emanates from many sources can be challenging.

Some people might argue (with some justification) that because they do not use the national parks, they ought to be recused from having to pay for them. However, the counter to that is the fact that tax law is always premised on the notion that you put in money regardless of the services you are getting so that the nation as a whole can continue to function. Perhaps the only remedy is to get a good property tax attorney that can arrange to keep the taxes as low as possible within the current rules. For expert counsel on your property tax law case, contact David Freidberg, Attorney at Law at 312-560-7100.