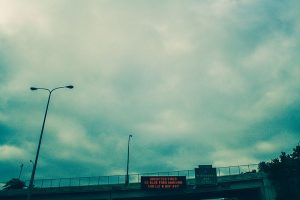 Kidnapping has often been one of those crimes that captures media headlines and the national imagination. The endless post-court investigations are a cottage industry in themselves. Illinois is not much different from other parts of the US in considering kidnapping to be a serious felony that attracts significant periods of custody as punishment. However, there are situations that are not as clear-cut as the law would have it. For example, in some cases the so-called kidnapper is a parent or guardian to the victim and the report is merely part of an ongoing custody dispute. It is generally accepted that this is one area of the law in which expert advice is of the essence. Most courts would not countenance a defendant representing him or herself in a case such as this in which the potential penalties can be stiff.

Parents and the Dirty Deeds of Divorce

It is not uncommon for warring parents to devise clever means of escaping unfavorable jurisdictions. A classic case in point is taking the disputed child out of the state so as to avoid being subjected to family court rules that are favorable to the other party. In effect it is a despicable abuse of the court process as well as the children involved. However, others might argue that it may be the only way for the aggrieved parent to maintain contact with his or her children. The courts have traditionally taken a strict view of parental kidnapping given the possibility that the victim may end up suffering serious consequences including death.

That is why the current law indicates that if the victim of a kidnapping dies or is injured during the course of the kidnapping, the perpetrator is deemed to be guilty of that injury or death regardless of whether it was intentional. In effect, kidnappers are burdened with an additional “duty of care” even during the commission of a crime. The standard for this “duty of care” is much tougher than in ordinary conditions because the kidnapped party is being held against his or her will. For example, it would be nearly impossible for a defendant to claim that the injury or death of the victim was accidental. A plethora of supporting remedies have been put in place to prevent kidnappings of this nature in Illinois. It involves a multi-court intervention that can straddle both family and criminal courts. A case in point is the use of an emergency custody order to prevent the kidnapping. Another way out for the parent seeking to prevent kidnapping is to make use of restraining orders even though anecdotal evidence suggests that they are often the most abused aspects of the family court system.

Other Forms of Kidnapping

If anything, custodial interference is an aggravating feature during a kidnapping because it is seen to be an attempt to evade court procedures and therefore akin to contempt of court, which reduces public confidence in the system. In any case the abduction laws in Illinois are pretty stringent anyway. 720 ILCS 5/10-1 has specifically included people with disabilities as well as children. Other aggravating features include the request for a ransom and the use of firearms. The overriding concerning is for the welfare of the person that has been abducted and also deterring anyone that may want to replicate such an action. Defense lawyers need to take particular notice of the secret confinement requirement which can be important if a parent takes a child but lets the other parent know. Where the kidnapping falls under Class X, it could carry a sentence of up to 30 years in prison.

It is obvious that kidnapping is a serious offense in Illinois. If you are being charged with kidnapping, contact David Freidberg Attorney at Law at 312-560-7100 to give you the best chance at winning your case.