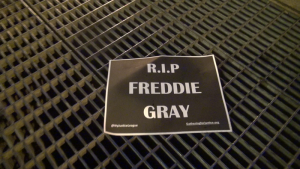 The worst configuration of these predictive models is that they use racist criteria and therefore lead to racist outcomes. It is not too hard a leap to conclude that in many instances the Chicago law enforcement agencies have suffered what is referred to as Institutional Racism (a term that was coined during the Stephen Lawrence Inquiry in the UK). Not only do these agencies routinely violate the privacy of citizens but in some instances engage in civil rights violations that would not be tolerated for any other social group. The CPD SSL pilot for example has been heavily criticized for engaging in what amounts to racial profiling. There is an additional issue in that profiled people from a protected group (under the constitution) engage with the criminal justice system at a much more frequent rate than ethnic or racial majorities.

The implications of this is that although minority and majority communities may be committing crimes at roughly the same rate; arrest and prosecutions disproportionately fall on the more vulnerable population. Hence the law enforcement agencies are taking out criminals but only from a certain section hence meaning that predictive arrests do not really reduce the rates of offending. They merely increase the arrest rates for minority groups.

Lessons from the Freddie Gray Case

If one is looking for an example of why minority communities in Chicago and other parts of the USA continue to fear and mistrust the police; one need look no further than the case of officer Caesar Goodson who was cleared of all charges against him including reckless endangerment, second-degree depraved heart murder, second-degree assault, and misconduct in office. The case arose from the rough ride that Goodson gave to Freddie Gray whilst the latter was in police custody.  Minorities seem to be even less safe when they are in custody of the law enforcement agencies. It is not just the police but the entire justice system that is weighted against minority defendants. They are most likely to be victims and perpetrators of crime; most likely to be arrested; most likely to be prosecuted; most likely to be convicted; and most like to receive the harshest punishments possible within the sentencing guidelines.

For a defense attorney that presents unique opportunities and challenges that will test their competencies and experiences in complex ways. If you are looking for an experienced lawyer to help you with your intimidation and extortion case, call David Freidberg Attorney at Law at 312-560-7100 today.