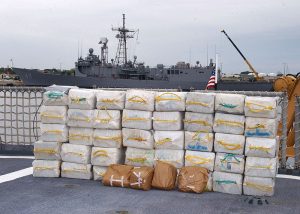 Recently, President Barack Obama pardoned a number of people who had been given mandatory sentences for drug trafficking that many in the legal profession considered to be excessive. More worrisome was the notion that the judge in a court case lost the right of discretion at sentencing because the mandatory sentencing law had already effectively predetermined the outcome of that phase of a criminal trial. The law had the tragic effect of sending people to prison for virtual lifetimes for the possession of a few grams of cocaine, when convicted rapists and murderers were being given much shorter sentences. What became clear was a need for sentencing reform with reference to mandatory penalties. Illinois is considered to be one of the more liberal or progressive on this issue, but there are still contentious points.

Status of the Law in Illinois

According to the Controlled Substances Act, it is a criminal offense to manufacture, possess or deliver a controlled or counterfeit substance. The law applies to analogs of controlled substances. In order to deal with the generic drugs that are extracted from an original formula, the act also affects those substances that are intended for human consumption but are listed within Schedule I and II of the said act. The law was designed to have a sliding scale of punishments that was heaviest for those actors that engaged in illicit trafficking as well as those who headed the profit chains for those activities. The rationale was that those who benefitted from the drug trade were somehow insulated from its consequences and the relatively lenient punishments meted out to them emphasized the impression that they were not as culpable as those who actually used or distributed the drugs.

It was a classic case of the law going after those who had hitherto been protected from scrutiny by virtue of being somewhat isolated from the full impact of their misdeeds. To their credit, the laws in Illinois tried to be as explicit as possible about what constitutes a controlled substance. For example, they were able to capture those substances that were not overtly presenting as drugs but contained active ingredients such as opium derivatives, hallucinogenic agents (including the notorious LSD which is Lysergic Acid Diethylamide), stimulants, and depressants. The difficulty was the definition of intent to supply. Too much emphasis was placed on quantities as being indicative of intent to supply instead of looking at the circumstances as a whole. Certainly, the trial judge would be in a position to make the call as to whether the defendant intended to engage in a commercial-sized operation or whether he or she was merely in possession of the drug for personal use. Instead, under the current regime, the judge has too many instructions that fetter traditional sentencing discretion.

Multiplicity of Prosecutions and Sentencing

Generally speaking, it was considered to be good practice to prosecute all matters arising out of the same circumstances in a single swoop so that the defendant did not face double jeopardy. Of late, the guidelines and amendments seem to be blurring this principle. Someone who is engaged in the manufacture and supply of controlled substances in Illinois can face multiple prosecutions, charges, convictions, and sentences even if the events in question occurred around the same time. Added to this is the impact of second offenses, which can significantly increase the minimum sentencing guidelines. Theoretically it is possible to go to prison for 120 years upon conviction, which is practically a life sentence for any defendant. Illinois is not terrible from a legal point of view, but its laws could use a bit more review.

Being charged with drug trafficking is no laughing matter. The state of Illinois takes drug crimes seriously and so should you. If you are being charged with a drug crime in Illinois you need an experienced, skilled attorney to handle your case. Contact David Freidberg Attorney at Law at 312-560-7100 to preserve your freedom.