On July 8, David J. Marks was sentenced to serve three years in the Illinois Department of Corrections followed by a four-year term of mandatory supervised release for his conviction of aggravated domestic battery.  He pled guilty to the charge last month. 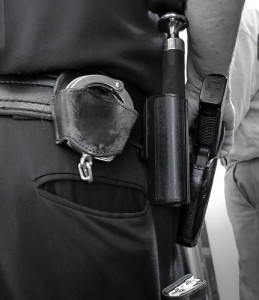 According to a news report, Marks was arrested in the parking lot of a Best Buy store in Carbondale after a battery incident was reported. According to the officers, they arrived at the Best Buy parking after two private citizens heard the victim cry for help and intervened, which allowed the victim to escape. The victim told police that Marks, her ex-boyfriend, came to her home and abducted her against her will. When they arrived at the Best Buy parking lot, Marks allegedly used a seatbelt to try to strangle her and prevented her from leaving the vehicle. After the private citizens intervened, Marks drove off but was later apprehended.

Under Illinois statute, a person is guilty of domestic battery if he or she causes bodily harm or makes physical contact of an insulting or provoking nature with any family or household member. The statute does not distinguish between minor or serious injuries – therefore, even minor scratches, bruises, or cuts will suffice for a charge of domestic battery.  Even when no injury results from physical contact, a charge may still be brought if the contact was insulting or provoking.

A “family or household member” includes the following individuals:

A first offense of domestic battery is usually charged as a Class A misdemeanor. However, if the defendant has a prior domestic battery conviction, has violated an order of protection, or if other aggravating factors are present, then it is a Class 4 felony. Aggravating factors include causing great bodily harm, permanent disability or disfigurement, if the victim was pregnant when the alleged battery occurred, or battery involving a deadly weapon or strangulation. In the case above, Marks pled guilty to attempting to strangle the victim, which is why he was convicted of aggravated domestic battery.