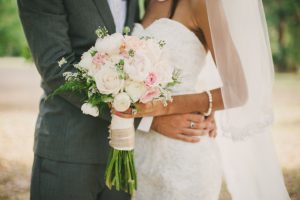 Although domestic violence remains one of the more grisly aspects of criminal law, it is busy enough to keep the average attorney in work for a long time. Sadly, there are far too many people in Illinois who feel that it is acceptable for them to continue battering their intimate partners despite the fact that the law is clearly against them. However, in the quest to legislate and litigate issues of domestic violence; there is a danger of failing to account for the modern complexities surrounding the issue. For example, the notion that men are perpetrators while women are victims is beginning to fail the empirical test. All that happens is that many men who are victims feel that they will be stigmatized if they admit in open court that they have effectively been battered by their partners. The law is also not yet up to date when it comes to managing the incidents that occur amongst unconventional family structures including blended families and same sex couples.

A New Reading of the Illinois Domestic Violence Act

To its credit, Illinois has been one of the states to significantly legislate in this area and there are plenty of test cases to show that the courts are treating prosecutions with the seriousness they deserve. Nevertheless there are still victims of domestic violence, many of them who are too afraid to file a complaint. Currently the law states that it is a criminal act to choke, hit, kick, harass, threaten or hold against their will; any member of a household or family. The definition of household members is specific and includes blood relatives, married/divorced couples, those who share dwellings; people linked by a child or other blood bond, those who are dating/engaged, people with disabilities, and personal assistants. Some would argue that the law is too prescriptive and limits the applicability of prosecution depending on the relationship that exists between the two people. For example it is not clear that the law would capture “friends with benefits” or “one night stands” even though those might be prosecuted under common assault laws.

The modalities of prosecution are only secondary to the fact that the active participation of victims is often of the essence. Quite simply; victims are either feeble in their reporting or actually change their minds once the courts indicate that they are about to inflict serious punitive consequences on the perpetrator. The Illinois Attorney General has attempted to address this issue by providing victims with a fact sheet which is meant to make the process less intimidating particularly for those who have never been involved with the criminal justice system. Making people understand their rights is the first step in ensuring that they actually turn up to the courts in order to get justice.

This is particularly important for those communities who are “underground” for whatever reason. For example, undocumented immigrants who face the threat of deportation when they engage with law enforcement agencies are less likely to report instances of domestic violence. Indeed there is evidence to suggest that the perpetrators are well aware of this catch-22 situation and therefore engage in domestic violence known that they are likely to be safe from prosecution due to the reluctance of their victims to report the case.

Implementing a Law that Works

There is no doubt that domestic violence remains a major problem in Illinois. Although the prosecutors are willing to prosecute and the defense attorneys are willing to defend their clients; it is not yet clear that the victims are ready to report. That is where the next legal reforms should focus.

If you are being charged with a domestic violence crime in Illinois, you need an experienced, reliable attorney who will fight for your freedom. Call David Freidberg attorney at law at 312-560-7100 to get the best representation for your case.