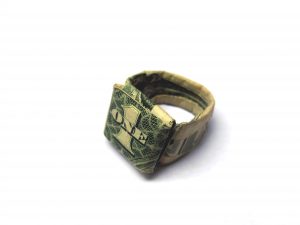 The state and definition of counterfeiting laws will tell you a lot about the community in which they are designed and implemented. Illinois is no exception. The state has a set of complex and situational rules relating to counterfeiting and forgery; a true Pandora’s Box for a diligent attorney. For the most part, the law seems to target those who create forged money, but there are many other forms of falsification that are captured by the legislation. A person is guilty of a crime in Illinois when he or she creates or uses written documents that have been falsified or altered in significant ways. In this case the constituent ingredients of the crime can encompass both the making of forged/altered documents as well as possessing them with the intention of using them for illegal purposes.

A Counterfeiting Law for the New Age

As criminals in this area have become more sophisticated in their modus operandi, the law has been forced to play catch-up. For example it recognized the use of false documents for defrauding in which possession is disputed as well as the effects of subtle alteration using digital means (720 Ill. Comp. Stat. § 5/17-3). The classic case is that of a forged check that is successfully cashed by a third party because the signature on it appears to be authentic to the recipient bank regardless of whether or not the account holder actually gave permission for that cheque to be paid. The elderly and those with disabilities are particularly vulnerable to this type of fraud. As the case made it through the courts, it became a gradually-established norm that the instrument used to defraud must be credible to an ordinary reasonable person. Hence where the forgery is almost comical in its design and presentation, the user may be able to escape a criminal charge.

The law in Illinois has created some categories of forgery for relatively lenient treatment. These include academic papers and coins. Some might argue that such forgeries could potentially cause significant harm and the law should come down hard on them. For example a person that forges a medical degree could have access to vulnerable patients and put their lives at risk. The conviction focuses on intention rather than the actual outcome of the exercise. So it is entirely possible for defendants to be found guilty even if the fraud was ultimately prevented. Such cases are particularly important in social security fraud, which tends to occur amongst the poorest and most vulnerable members of the community. In such cases a fine may not even be effective since the defendant is likely to have no other sources of income apart from state assistance.

A Sliding Scale of Punishments

UPC (Universal Price Code) label fraud has been categorized as a Class 4 felony with a potential custody period of between one and six years. By contrast forgery of a coin or academic degree is a misdemeanor that could potentially lead to a maximum of one year in jail, up to two years of probation and a top fine of $2,500. By contrast other types of forgery are Class 3 felonies which potentially attract a term of imprisonment ranging from two to 10 years as well as a fine of up to $25,000. Illinois also has a restorative justice framework for this type of crime in which defendants may be required to pay restitution to victims for the costs of the trial as well as other primary costs arising out of the crime. The disputes about certain leniencies notwithstanding, Illinois seems to have found a happy medium for its legal framework.

If you are facing a counterfeiting crime, call David Freidberg Attorney at Law today at 312-560-7100 to preserve your freedom.