The recent announcement that the grand jury chose not to indict the Ferguson, Missouri police officer who shot and killed unarmed teenager Michael Brown this past summer on charges of first-degree murder or manslaughter raised many questions, the most troubling for many being, “Why shouldn’t Officer Wilson at least stand trial?” 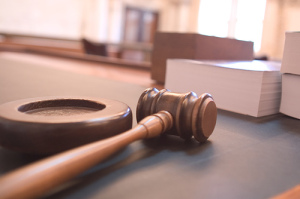 The purpose of the grand jury, then, is not to decide the guilt or innocence of a criminal defendant, although arguably, the fact that they found insufficient evidence to send the defendant to trial is tantamount to their profession of his innocence.

How the Grand Jury Works

The grand jury is similar to a jury in a criminal trial in that the jurors review evidence provided by the prosecutor and hear witness testimony. But in many ways it is quite different. Because the purpose of the proceeding is to determine if there is sufficient evidence to put the defendant on trial, and not to determine his guilt or innocence, only the prosecution puts on a case; the jurors never hear from the defense attorney.

All evidence, regardless of whether it will ultimately be admitted in court, is presented to the grand jury. The regular rules of evidence that apply to criminal trials are inapplicable in grand juries. And again, because the purpose of the grand jury is only to determine if there is enough evidence to support the idea that the defendant committed the charged crime, and not to prove his guilt or innocence, it does not matter whether the evidence was obtained in violation of the Fourth Amendment prohibition against unlawful search and seizures or any other law. Any evidence the prosecution has against the defendant is presented.

In addition to the evidence presented by the prosecution, the grand jury may consider information called to its attention by the court or learned in its investigation of other matters. The grand jury may also request permission to conduct its own investigation, including the right to subpoena witnesses or other documents.