In September a woman was charged with felony aggravated kidnapping and misdemeanor battery after allegedly trying to kidnap a two-year-old boy from the luggage carousel at O’Hare International Airport. According to the boy’s mother and eyewitnesses, the woman grabbed the boy and tried to flee down an escalator before being apprehended by authorities. 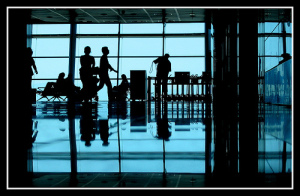 Under Illinois law there are several different means of committing the crime of kidnapping. In this case, the defendant fulfilled the portion of the law that makes it a crime to knowingly, and with force, carry a person from one place to another, with the intent to confine that person against his will. The crime was elevated to aggravated kidnapping because the child was under the age of 13.

You may wonder why the defendant in this case was charged with kidnapping, as opposed to attempted kidnapping. Authorities apprehended her within minutes of taking the child; in fact, she had not even removed the child from the airport. If the child was reunited with his mother within mere moments of the defendant grabbing him how could he have been kidnapped?

Although stranger abductions of children are predominant in the news – think a child held by a non-family member or acquaintance, 50 miles or more from their home for at least one night – they make up less than 1% of all kidnappings. The majority of kidnappings involve family abductions or a child confined in one location for at least one hour. And “confinement” may be nothing more than sitting in the kidnapper’s house eating ice cream and playing video games.

In child abduction cases, it is not a defense that the child willingly accompanied the kidnapper. Under Illinois kidnapping law, confinement of a child under the age of 13 is considered to be done without parental consent, even if the child willingly accompanied the kidnapper. In such cases, the only defenses would be mistaken identity, or a misunderstanding as to whether the child’s parents consented to the “confinement.”

In the case of this defendant, her mother indicated that she had mental issues and had recently gone off her medication. It may be possible to argue that she is unfit to stand trial, enter a plea or be sentenced because she is “unable to understand the nature and purpose of the proceedings against (her) or to assist in (her) defense.”

Aggravated kidnapping is a serious offense that imposes significant jail time if convicted. If you have been arrested for kidnapping, contact Chicago kidnapping attorney David L. Freidberg immediately. Defenses for kidnapping of a child are normally limited to mistaken identity or misunderstanding. If there is any question of the defendant’s mental fitness, it is vitally important that a kidnapping attorney be retained immediately. This not only ensures that the police do not take advantage of the defendant and get her to make incriminating statements, but also to begin the process of having her examined by independent experts to determine her mental fitness. Contact our Palatine, Chicago or DuPage County offices today at 312-560-7100 today. We are available 24/7 to take your call.