It’s been a bad couple of weeks for America’s Dad, Bill Cosby. In the past month, at least 20 different women have come forward to say that Mr. Cosby had sexually molested, drugged and/or sexually assaulted them in incidents dating back as far as the 1970s. Just this week the Los Angeles Police Department met with one accuser, who claims Cosby sexually assaulted her when she was just 15 years old. 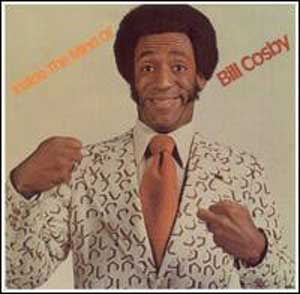 Can Charges be filed in Decades Old Chicago Rape Case?

The alleged sexual assaults in the Cosby case happened decades ago and, if true, the majority went unreported. If a Chicago resident were to claim she was sexually assaulted 15 years ago, is it possible for criminal charges to be filed against the accused?

Statutes of limitations vary among crimes (they are also different for claims filed in civil court, so when looking up statutes of limitations make sure you are reading the criminal code). For the crime of sexual assault, the prosecution must file charges within 10 years of the commission of the offense, provided the victim reported it to the police within three years of its occurrence.

For example, imagine a woman who was raped on March 20, 1995. If she reports the rape to the police any time on or before March 20, 1998, the prosecution has until March 20, 2005 to bring charges against the alleged perpetrator. If, however, the woman reports the rape to police on March 31, 1998, the prosecution cannot file charges, because the law required her to have reported the rape within three years of its occurrence.

So depending on when the woman reported the sexual assault and her age when it happened, it is possible for charges to be brought for a sexual assault that occurred a decade, possibly even three decades, ago. However, the likelihood of success in such an old case is slim. Witness memory fades and, without physical evidence, such as a rape kit or other DNA evidence, the case would be nothing more than he said-she said, which is difficult to prove over such a long period of time.

Any sexual assault charge, whether rape, child abuse, or sexual misconduct, is serious and should not be taken lightly. Conviction carries the possibility of hefty fines and imprisonment, as well as the requirement to register as a sex offender, which can have an adverse impact on your future job and housing prospects. If you have been arrested or charged on a sexual assault charge, contact Chicago rape attorney David L. Freidberg. With almost 20 years’ experience handling all types of sexual assault crimes, Mr. Freidberg will find the inconsistencies in the prosecution’s evidence in order to win the best possible result. Call our Chicago, Skokie or DuPage County office, day or night, at 312.560.7100 to schedule your free consultation today.