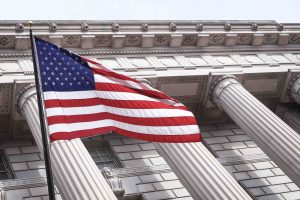 One of the most carefully watched criminal trials in recent memory hit a snag when defense attorneys claimed that the prosecution withheld evidence in the Tyshawn Lee murder trial. Two men are charged with murdering the 9-year-old boy in a gang-related killing. The two are accused of targeting the boy because they believed his father had been involved in an attack targeting one of the defendant’s family members.

What Did the Prosecution do?

Essentially, the prosecution failed to provide evidence that police had stopped two young men that fled the scene of a music video being shot. The gun that killed Tyshawn Lee was later recovered from that incident. During the trial, police suddenly remembered that they had made this stop and informed prosecutors. Prosecutors handed this information over to the defense while the trial was underway, and the defense was rightfully upset to be learning about it well into the trial.

As a result of that failure to disclose information, the defense pushed for a mistrial telling the judge that they could have investigated these two men as possible suspects themselves. Meanwhile, the police claimed that the two men did not fit the description of other men they were looking for, being much younger than the description.

In a hearing that was held outside the view of jurors, the defense grilled the police officers who claimed that they simply forgot to hand this information over to prosecutors.

The defense moved for a mistrial, but the judge ruled that the “totality of circumstances” were not persuasive enough to warrant a mistrial.

When ruling on a motion like this, the judge must make a determination as to the value of the evidence that was kept from defense attorneys during discovery. To put it another way, the judge must determine if the mistake made by police and prosecutors can or cannot be cured by adequate instructions to the jury. In this case, failing to disclose evidence of a detention may or may not have impacted the defendant’s right to a fair trial, which is why the motion was denied. There was no compelling reason to declare a mistrial in this case.

To his credit, the judge allowed both the police officers who detained the young men to be interviewed as well as the young men themselves. The young men claimed that they were watching the music video being shot, but when they heard police, they ran. Police later detained them, determined that they did not fit the description of the suspects, and let them go without charge.

There are two key take-aways to be gleaned from this. First, the defense is of the opinion that a mistrial would be more beneficial to their client than proceeding. Secondly, the prosecution allowed what appears to be an irrelevant piece of evidence to potentially derail their case.

If you have been charged with a serious crime in Chicago, David Freidberg can help defend you from the charges. Give our law firm a call at (312) 560-7100 or talk to us online for more information.