A Lyons man was arrested last week and charged with two counts of promoting prostitution through a joint investigation by the Cook County Sheriff’s Vice Unit and the Berwyn Police Department. The alleged promotion of prostitution occurred on a website offering goods and services for sale. 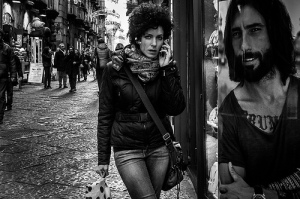 In Illinois a person commits the crime of promoting prostitution if he knowingly arranges, or offers to arrange “a situation in which a person may practice prostitution” and profits from his actions.

The word “knowingly” is important. Unless the prosecution can prove that the defendant knew he was arranging a situation where sex would be bought and sold, he cannot be convicted of promoting prostitution.

In a case like this, where the defendant was arrested based on information posted on a website, there are a number of different avenues the defense can explore that may cast reasonable doubt on the prosecution’s case. These may include:

Whether anybody else had access to the defendant’s computer. Posts to websites can normally be traced back to the user’s IP address. Using a team of computer experts, we could pinpoint the location of the computer which posted the ads, as well as the date and time of the postings, and determine who else may have had access to it. If the computer was the defendant’s, we would look at any roommates, friends or family members who may have had unrestricted access to it at the time the posts were made. If the posts were made at a public computer, such as a library, then proving the defendant made the posts would be extremely difficult, since any number of people could have accessed the computer.

What the defendant thought he was picking up. The defendant was arrested on his way to allegedly pick up proceeds from the prostitution operation. But the fact that he was on his way to a destination to pick up money doesn’t necessarily mean he knew what the money was for. He could have been told the money was a debt owed to the person he was getting it for. Or he may have been told that is was for the sale of an automobile or other property. He may not even have been told to pick up money, but rather simply to go and meet somebody at that location.

Whether the defendant had the means to offer prostitutes. Even if the defendant placed the ads, if he didn’t have the means to fulfill his offer, he cannot be convicted for promoting prostitution. For example, perhaps he was just pulling a prank and intended to video tape and post on social media any people who showed up with the intent of purchasing sex. Or perhaps he arranged to meet individuals who responded to the ads and intended to rob them of the money they had brought for payment. If the defendant did not have the ability to provide prostitutes to anybody who responded to the ads, the charges must be dismissed.

It may be called a victimless crime, but a conviction on charges of prostitution carries harsh penalties – time spent in jail or prison, fines, and embarrassment to yourself and family. If you or a loved one has been arrested for committing any type of prostitution, you need an experienced Chicago prostitution attorney. With close to 20 years’ experience handling every type of prostitution charge, the Law Offices of David L. Freidberg, P.C., will thoroughly examine all of the evidence in your case to determine if it meets the elements of the charged crime, and will use the weaknesses in the prosecution’s case to earn an outright dismissal or acquittal of all charges. Contact our Chicago, Skokie or DuPage County office now, day or night, at 312.560.7100, or complete our convenient web form, to schedule a no-cost initial consultation.