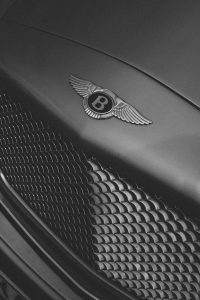 Smith has pleaded not guilty on four counts of fraud.

Swindling federal programs is generally not a good idea. While it can bring in enough money to purchase a Bentley, your financial records are still available to the state. The state is going to wonder, on your current income, how you were able to afford a luxury vehicle.

These charges are strangely similar to another Chicago pastor who was also accused of fraud. This pastor too chose to use money he gained from state subsidies to finance his Bentley. Herman Jackson was sentenced to five years in prison for that charge, but Smith’s sentence may be longer since he has been convicted of fraud in the past.

The program that Smith is accused of defrauding is the Child and Adult Care Food Program. The program issues funds to neighborhoods with needy people and helps ensure that they get food. New Life, Smith’s ministry, acted as a sponsor for the program.

Smith took their money and fed some children, but federal authorities say that he vastly inflated the number of children he had fed with the government’s money. He billed the state $1 million, which they paid in two installments.

Smith deposited the checks into his church bank accounts, and then withdrew the funds from ATMs or in the form of checks used for personal expenses. This included the $142,000 Bentley which he paid for with a cashier’s check. However, Smith got into trouble when a number of lawsuits came to light from food vendors who claimed that Smith never paid them for their food.

If you are facing federal fraud charges, then you need an attorney who is experienced handling cases in federal courts. David Freidberg has defended a number of clients from federal charges and can handle your case, as well. Call us soon at (312) 560-7100 and we can begin preparing your defense immediately.