A Chicago man was arrested last week in connection with the 2009 disappearance and murder of his girlfriend. The woman disappeared in April 2009 after last being seen with the defendant. Here whereabouts were unknown until recently, when a 911 call to the Dolton Police Department reported a body in Little Calumet River. An autopsy positively identified the victim and determined the cause of death to be strangulation. 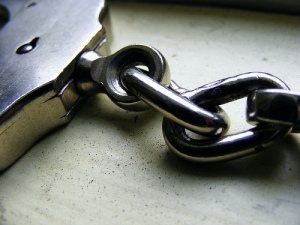 Cold case murders are challenging for the prosecution – the passage of time causes both evidence and witness memories to fade. But these challenges are positives to the defense, as it makes it easier to cast reasonable doubt on the defendant’s guilt. Defense in these types of cases would involve attacking the credibility of both witness statements and any forensic evidence found in the case.

Cause of death would also need to be examined by forensic experts hired by the defense. The coroner listed cause of death as strangulation. If the death was recent, we would attempt to determine if any marks left on the victim’s neck were consistent with the size and shape of the defendant’s hands. The passage of time makes this type of evidence unlikely, but it is still something that the defense would need to examine.

If the body was deteriorated to the point that no skin was left to examine, forensic experts may be able to determine the amount of force that was needed for the victim to be strangled, and from there estimate the approximate height and weight of the murderer. This evidence may also help to exonerate the defendant.

Forensic examination may also show that there is a possibility that damage to the neck occurred following death. Perhaps the victim was not a victim of murder. Instead, she may have committed suicide by jumping into the river, and her body then became tangled in some type of debris that could have caused injuries consistent with strangulation. This evidence would also exonerate the victim.

DNA evidence in this case would not be indicative of the defendant’s guilt. The two were dating, so one would expect to find his DNA on her. But if DNA of any unknown party was found on the victim, those persons would need to be identified in order to determine whether they could have been responsible for her death.

The defense would also look into whether there was anybody with cause to harm the victim. Did she – or perhaps the defendant – have a bitter ex-partner? Could she have been involved in drugs or some other illicit activity that led to her death? Could the defendant or the victim’s family have been involved in these activities, and she was killed by to send them a message? The backgrounds of the victim, the defendant and her close family and friends would all need to be considered to determine whether there are any other possible suspects.

If you have been charged with murder, your first call should be to Chicago murder attorney David L. Freidberg. With almost 20 years’ experience handling Chicago murder cases, he has the experience you need in a criminal defense attorney when your life is on the line. David L. Freidberg and his team of forensic experts will work tirelessly to gain an outright acquittal or, if the evidence appears to make acquittal unlikely, a reduction in charges. Contact our Chicago office today at 312-560-7100 to schedule a free consultation.