A law signed by Illinois Governor Pat Quinn in August allows Illinois prison inmates who pled guilty to murder, rape or any other crime where DNA evidence is present, to petition the court to have that evidence tested in an attempt to have their conviction overturned. 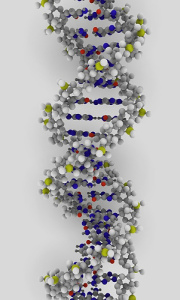 The amended law changes that. Under the law as amended, inmates who pled guilty prior to trial may petition the court if they can prove that:

raise(s) a reasonable probability that the defendant would have been acquitted if the results. . .had been available prior to the defendant’s guilty plea. . .even though the results may not completely exonerate the defendant.

The change is one that is long overdue and provides necessary relief to those wrongfully convicted. According to the Bluhm Legal Clinic at Northwestern University School of Law, 165 Illinois inmates have been exonerated thanks to post-conviction testing of DNA and other forensic evidence. Many of these men and women were convicted based on eyewitness misidentification – according to the Innocence Project, nationwide 72% of inmates exonerated thanks to post-conviction DNA testing were convicted based on eyewitness testimony.

In addition to false convictions based on eyewitness misidentification, research has shown that many other innocent men and women plead guilty to crimes they did not commit. They do so for a variety of reasons, including:

Others are the victims of unscrupulous tactics by the prosecution, such as withholding of evidence, or shoddy police investigative work, such as when the police fail to completely investigate a case because they feel they “got their man.”

Knowing that an untold number of innocent Illinois residents plead guilty to crimes they did not commit because of these and other reasons, Illinois State Senator Kwame Raoul sponsored the law specifically to address these inequities. Imprisonment for a crime they did not commit is bad enough – and not allowing them to have newly discovered DNA evidence tested to help exonerate them, based simply on the fact that they chose to plead guilty rather than face the uncertainty of trial, is piling injustice on top of injustice.

If you were convicted or pled guilty to murder, rape or any other crime where DNA evidence may exonerate you, contact Chicago criminal defense attorney David L. Freidberg today. Under Illinois law you may be entitled to post-conviction DNA testing, whether you were found guilty at trial or pled guilty to avoid the uncertainty of trial or as a result of police tactics. With 17 years of experience handling criminal law cases, David L. Freidberg will fight to have the DNA evidence tested in order to win your freedom. Contact our office today at 312-560-7100 to schedule a free consultation.