Former Chicago Police Commander Jon Burge was released from prison earlier this month, after serving a three and one-half year sentence for lying to federal investigators regarding alleged torture committed by himself and Chicago police officers under his command.

For more than 20 years, Burge and those under his command used electric shocks, beatings, burnings and other torturous tactics on more than 100 African-American criminal defendants on Chicago’s south side, often leading to false confessions and wrongful imprisonment. 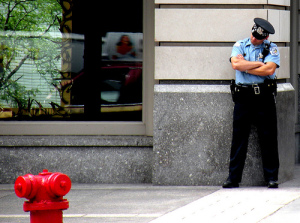 As a criminal defense attorney, I work with police officers on a daily basis. And while we are adversaries, the majority of the Chicago police officers I have interacted with throughout nearly two decades practicing criminal law are honorable men and women who perform their job honorably.

Unfortunately, as the Jon Burge case proves, not all police officers are to be trusted. Some are racist, or homophobic, or sexist, and are unable to separate their personal beliefs from their police work. This causes them to convict the suspect from the get go, or ignore evidence that could disprove the defendant’s guilt.

Others become complacent in their jobs, failing to follow proper police procedures. And still others let the power go to their head, and believe they are untouchable.

Many often decry about criminal defendants getting off on “technicalities”. These “technicalities” could lead to not guilty verdicts for a variety of reasons that have little to do with the actual issue of the defendant’s guilt or innocence, such as:

But officers like Burge and those under his command are one of the reason why these “technicalities” exist. The rules of criminal procedure are vital components of the criminal justice system, put in place to ensure that all defendants are afforded a fair hearing. They work to ensure that defendants are not the victims of police officers who rush to judgment. And they exist to minimize the chance that defendants who are truly innocent are sent to prison.

Sometimes, as in the case of many of the criminal defendants imprisoned based on false confessions elicited from Burge and those under his command, the system fails. Improper, often brutal, tactics are used to elicit false confessions, which are then used as a basis for conviction.

Most people believe that the police, who are sworn to serve and protect, would not engage in such barbaric practices. So when the defendant, as so many arrested and charged under Burge, claims they were tortured, or that their “confession” was given under duress, they are not believed. Yet false confessions are more common than you may think. Suspects often confess to crimes they did not commit, after (wrongly) being led to believe the police has evidence that incriminates them, thinking that they will receive a lesser sentence, or will be let go if they “cooperate” and tell the police what they want to hear.

The result of these false confessions? Innocent men and women spending decades behind bars for a crime they did not commit. That is why, if you are arrested for a crime, your first call should be to an attorney. An experienced criminal law attorney can put an end to barbaric police tactics and prevent you from making a false confession – before it’s too late.

If you have been arrested for any crime in Chicago, your first call should be to Chicago criminal defense attorney David L. Freidberg. Once a confession is made the damage may have already been done. It can be used against you in court and, while an experienced criminal defense attorney may be able to get it suppressed, the only guarantee of your confession not being used against you in court is to not make one. For almost two decades, Chicago criminal defense attorney David L. Freidberg has represented thousands of Chicagoland criminal defendants, advising them on whether it is in their best interest to make a statement to the police or to invoke their right to remain silent. Contact our Chicago, Skokie or DuPage County office 24/7 at 312-560-7100 to schedule a free consultation.