An Aurora man convicted of murder in 2009 will have a second chance at post-conviction relief after the Illinois Supreme Court ruled that a judge’s dismissal order was filed one day too late. 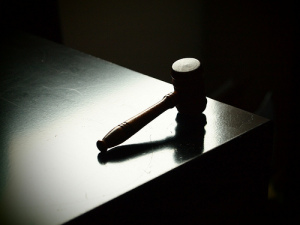 Ivan Perez was convicted of the 2004 murder of Francisco Reyes, and the conviction was upheld all the way to the Illinois Supreme Court. Perez then filed a pro-se (without representation) petition seeking post-conviction relief.

Post-conviction relief can be granted if the court finds evidence of a “substantial denial” of the defendant’s Constitutional rights in the proceedings that resulted in the conviction. Once the petition is filed, the trial court has 90 days to enter an order either granting or dismissing the petition.

The court wrote an order dismissing Perez’ petition as frivolous on the 90th day. However, the clerk of court did not file-stamp the order until the 91st day. Perez appealed the dismissal, arguing that it was not done within the 90-day period.

The Illinois Supreme Court agreed with Perez, and ruled that an order is “entered” not on the day the judge signs it, but the date it is file-stamped by the court clerk. Because of this, the trial court’s dismissal was not timely, and Perez is entitled to proceed to the second stage of post-conviction relief proceedings.

The press and public often talk about criminals getting off on, or a conviction being reversed because of, a technicality. But these ‘technicalities’ are extremely important to ensure that every defendant gets a fair trial. This is especially important in cases where conviction can result in lengthy prison terms (Perez was sentenced to 60 years) or even death.

If you think of court as a game, then these technicalities are the rules by which the game is played. And legally, they are called just that – the rules of criminal procedure. Rules such as the defendant’s right to remain silent, his right to a speedy trial, the right to cross-examine witnesses, and even the prosecution’s burden of proving guilt beyond a reasonable doubt, are all in place to ensure that the game is played fairly.

Even with these rules, the key players try to cheat. Police fabricate evidence and use intimidation and harassment to obtain false confessions. Prosecutors withhold evidence that sheds doubt on the defendant’s guilt. Witnesses lie. Imagine how much more flagrant these behaviors would be if the rules of criminal procedure were not in place, and the players could act as they pleased.

And sometimes, the defendant is innocent. Since 1998 the Center on Wrongful Convictions at Northwestern University School of Law has helped to exonerate 40 innocent men and women. These people spent time in prison for crimes they did not commit, many due to wrongdoing by law enforcement and prosecutors who believed they were right and didn’t want “the rules” to get in the way. These innocent men and women cannot get back the time they lost with their family and friends, or the time they lost building their career. They were traumatized not just by the false conviction and years of damage to their reputation, but by the horror of being in prison.

It is these innocent people that the rules of criminal procedure are in place to protect. Imagine how many more would be falsely imprisoned if the rules were not in place.

If you have been arrested or charged with any crime, you need Chicago criminal defense attorney David L. Freidberg. With more than 17 years’ experience handling all manner of crime, from petty theft to first-degree murder, David L. Freidberg understands the rules of the game and will fight to ensure the police and prosecutors abide by them. He will fight tirelessly to obtain an acquittal or outright dismissal of all charges. Call us today at 312-560-7100 to schedule a free consultation.