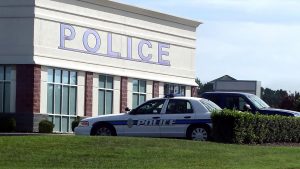 When crime on the streets gets so out of control, when criminal gang members have their run of the neighborhoods, when they can commit violent crimes without compunction, including violent assaults and murder, then you will find at the very foundation of such lawlessness a total breakdown of community involvement and lack of support for the law enforcement.

Gang Members Given “Get Out of Jail” Passes

Get out of jail passes, also known as parole, are not normally given to convicts with a long history of violence. In fact, when crimes are committed by persons while out on parole, the parole is revoked and the individual is re-arrested and required to not only serve any new prison sentence, but also the remainder of the sentence from which he was paroled.

In a recent news story, two criminal perpetrators were out on parole and squared off against each other in a violent altercation. One became a victim and the other became accused of murder. Take the recent case of Robert Roseneau and Raul Martinez. Raul Martinez, a 24 year old Chicagoan has been charged with the shooting death of 28 year old Robert Roseneau. What makes this story so unique, or maybe not so unique for the mean streets of Chicago, is that these two individuals had a total of eighty arrests between them. How two individuals with such a history of criminal behavior had not been brought under control is a question for the community, its law enforcement department, and its judiciary.

The accused, Martinez was paroled from prison in January of 2016, and is now being held without bond for murder and for the violation of the conditions of his latest parole. Both Martinez and Roseneau were members of rival gangs and had a history of violent crime. So how does a gang member and convicted felon, who has previously violated the conditions of his parole several times over, get released on parole again after serving half of a prison sentence for possession of a firearm? The answer to this question will go a long way in explaining the dynamics of those communities overrun with gang violence and lawlessness. Please see the Chicago SunTimes for more on this story.

What Can the Communities Do to Help Law Enforcement?

The residents of inner city communities and members of law enforcement have a mutual distrust of each other. This distrust goes deep and prevents the two entities from working with each other for the good of all. Criminal gang members take advantage of this disconnect and create chaos.

The following year Martinez was re-arrested on a charge of being a felon in the possession of a firearm in violation of his parole. He served out three months of the remainder of his sentence for the original conviction for auto theft and received an additional three years on the weapons charge. Martinez served approximately half of his sentence before he was released again on parole in 2015. He violated his parole restrictions again by associating with members of his gang and was sentenced to two days. Martinez’s arrests, release and re-arrests when on for all of 2015. He was released on parole one more time in January 2016. Four months later, he was involved in the shooting death of Robert Roseneau.

Judicial leniencies in cases like Martinez seem too often to be the rule when it comes to inner city crime and punishment. There may be many reasons for this phenomenon, but it would appear that the communities’ unwillingness to support their law enforcement and their judicial system, and to also hold them accountable for keeping professional criminals like Martinez and Roseneau off the streets, may play an important part of it.

Community involvement is crucial in stopping crime in neighborhoods. Those neighborhoods in which the community and law enforcement are able to work together tend to be safer and less of a magnet for gang activity.

Stopping crime and protecting yourself against unwarranted charges of criminal activity are part and parcel to controlling crime in the neighborhood. When residents feel that the judicial system works for them, they will more likely than not be willing to work with law enforcement.

The judicial system will work for you if you are willing to work with it. When in need of an experience criminal law attorney who will be committed to protecting your rights, call the Law Offices of David Freidberg, at (312) 560-7100, or send an email, for a free no-obligation consultation.