The Chicago Sun-Times reported that Raphael Jordan, who was charged with the attempted murder of a police officer, is being held without bail.  According to witnesses, the officer was wearing her Chicago Police badge on her belt while working a side job as a security guard for a construction company when she saw Jordan walking away from a construction site with a hammer drill owned by the company. After the officer told Jordan to stop, he ignored her, dropped the hammer drill, and proceeded to a nearby van. The van was running and a female was sitting in the front passenger’s seat. The officer pulled her gun after Jordan continued to ignore her, even after identifying herself as a Chicago police officer, and approached the vehicle. 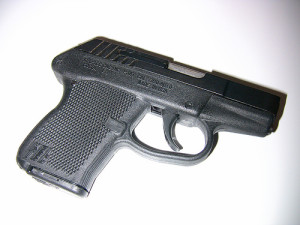 Jordan began to drive away as the officer was standing beside the driver’s side door. She planted her feet on the moving van’s floorboard as she clutched her gun in her right hand and held herself in place in the van with the left hand. Jordan allegedly attempted to throw the officer from the vehicle by driving up against four separate vehicles and swerving from side to side. After crashing into a fifth vehicle, Jordan grabbed the officer’s gun and shot her once, hitting her thigh and calf. Jordan then drove off, leaving his cellphone. The police found Jordan after conducting a search  of his cellphone, which they did so after a court issued a search warrant.

The prosecution in an attempted murder case has the burden of proving, beyond a reasonable doubt, that a suspect deliberately, intentionally, or recklessly with extreme disregard for human life, attempted to kill someone. Attempt, under Illinois law, is to perform an act which constitutes a substantial step to committing an offense that a person specifically intended to commit.

This substantial step must be an act that is directly done in furtherance of an intention to kill. Preparing to kill someone or planning to do so is not enough to satisfy the elements of attempted murder. The required substantial step may consist of using a weapon against another, such as a gun or knife, and either inflicting serious wounds or firing a weapon into someone’s chest or head, areas most likely to result in death. In this case, Jordan fired a weapon directly towards the officer and hit her thigh and calf. If the prosecution can show that this inflicted a serious wound, and that Jordan did so with the intent to kill the officer or with extreme recklessness, that would support a conviction for attempted murder.

In this case, the police found Jordan by conducting a search of his cellphone, for which they got a search warrant from a court.  Last year, the U.S. Supreme Court unanimously ruled that police almost always need a warrant to search a person’s cellphone, even if they were arrested. The Court held that cellphones fall under a person’s Fourth Amendment rights against unreasonable search and seizure. Only in extreme cases may warrantless cellphone searches be permitted, such as if a cellphone is suspected of being a bomb detonator.

Attempted murder carries a weight that is equal to the penalty for murder – the potential for life in prison.  David L. Freidberg is an experienced criminal defense attorney with more than 17 years’ experience who understands the criminal justice system and can fight for you if you have been arrested on suspicion of this serious offense. The prosecution bears a heavy burden in these cases, and an attorney like David Freidberg can help you explore all the avenues of defense. He has built a reputation as an aggressive defense attorney. Contact our offices in Chicago, Skokie or DuPage County. We are available to take your call 24/7 at 312-560-7100 and can provide a free initial consultation.